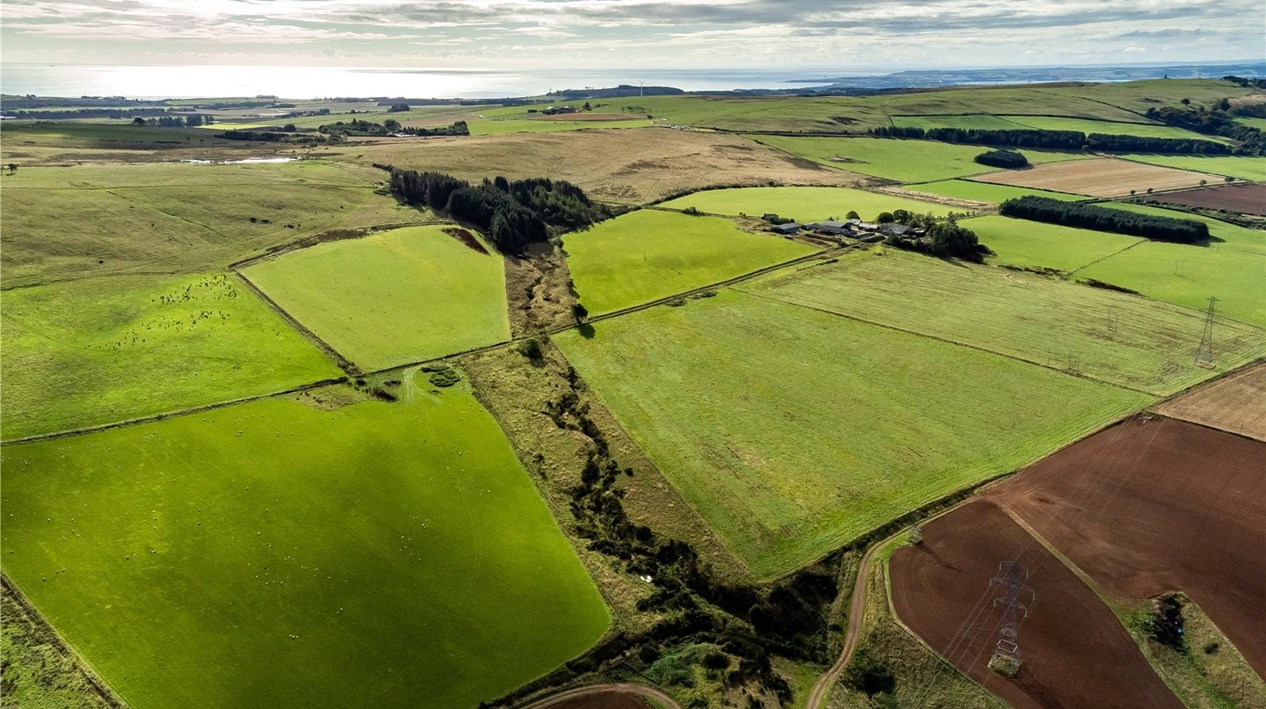 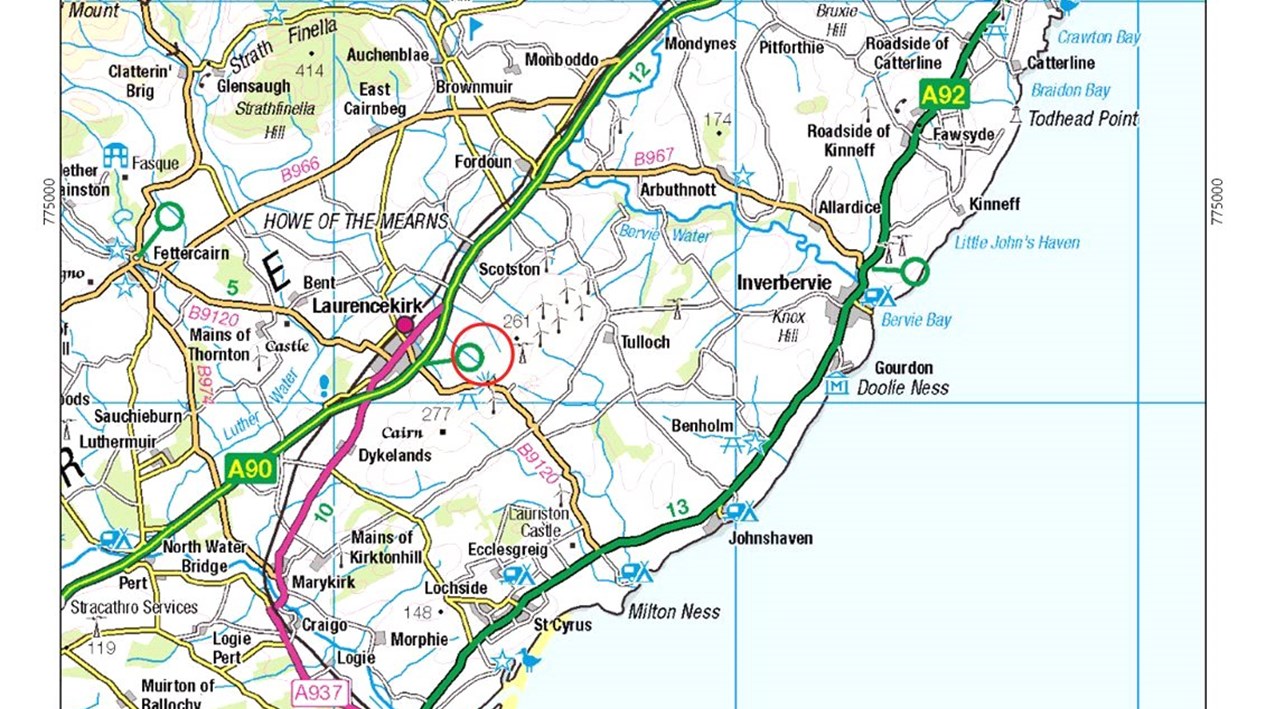 SITUATIONBarnhill is situated 1.5 miles east of Laurencekirk in the county of Aberdeenshire. The land is currently in grass but has the potential to grow a wide range of crops. The area is well resourced in terms of agricultural infrastructure, being well served by a number of grain merchants, agricultural suppliers and machinery dealers, in addition to the Machinery Ring. Auction marts can be found in Forfar and Inverurie with modern abattoirs being situated at Inverurie and Portlethen.DESCRIPTIONBarnhill is situated within a highly productive area of farmland in southern Aberdeenshire. The land sits between 140 metres and 260 metres above sea level. According to the James Hutton Institute the land is primarily classified as Grades 3(2) and 4(1) with some 4(2). The land is registered with SGRPID for IACS purposes.Lot 2: LandThe land extends to 80.68ha (199.36ac) of primarily grade 4(1) and 4(2) land according to the James Hutton Institute. It is partially fenced, watered and has historically sustained a suckler herd. In addition there are two small blocks of amenity forestry. Lot 2 includes a phone mast that is two years into a ten year lease to Arqiva Services Limited, the passing rent being £1750/year.LOCATIONBarnhill is located 1.5 mile east of Laurencekirk, 25 miles south of Aberdeen and 33 miles north of Dundee in the former county of Kincardine, an area well known for its fertile farmland. VIEWINGStrictly by appointment with the sole selling agents –Galbraith, 337 North Deeside Road, Cults, Aberdeen, AB15 9SN. Tel: 01224 860710. Fax: 01224 869023. Email: aberdeen@galbraithgroup.comDIRECTIONSWhen bypassing Laurencekirk on the A90, turn off onto the B9120. After 0.5 miles take the first left onto a shared farm road. Heading up the farm road, take a right then a left turn. Proceed up the remainder of the road to arrive at Barnhill.GENERAL INFORMATIONLOCAL AUTHORITYAberdeenshire Council, Viewmount, Arduthie Road, Stonehaven AB39 2DQ. Telephone 01467 539723.RURAL PAYMENTS AND INSPECTION DIRECTORATE (SGRPID)Thainstone Court, Inverurie, AB51 5YA, Tel: 0300 244 6822. Farm Code 66/468/0030.METHOD OF SALEFor sale as a Whole or in 2 Lots.BASIC PAYMENT SCHEME (BPS)The majority of the land is eligible for claiming Basic Payments. The BPS entitlements have been established by the seller but are not included in the sale of the land. The buyer will take over and pay for at valuation the Basic Payment Scheme entitlements established on the land for sale. All payments relating to the 2022 year will be retained by the seller. The buyer will be responsible upon occupation of the subjects of sale to fully comply with the statutory management requirements to maintain the farmland in Good Agricultural and Environmental Condition as laid down under the cross Compliance Rules of the Basic Payment Scheme 2022 for the rest of the scheme year. If sold in lots the entitlements will be apportioned accordingly.SPORTINGSThe Sporting Rights have not been formally exercised in recent years but are included in the sales insofar as they are owned.MINERALSThe Mineral Rights are included in the sale, insofar as they are owned.TIMBERAll fallen and standing timber is included in the sale insofar as they are owned.POSSESSION AND ENTRYVacant possession and entry will be given on completion or such mutual time to be agreed by the seller and the purchaser.INGOING VALUATIONThe purchaser(s) shall, in addition to the purchase price, be obliged to take over and pay for at a valuation to be agreed by a mutually appointed valuer(s) with respect to the following:All cultivations and growing crops on a seeds, labour, lime, fertilizer, sprays and machinery basis with an increment representing the enhanced value of the establishment and age of such crops.All hay, straw fodder, roots, silage and farmyard manure and other produce at market value. All oils, fuels, fertilizers, sprays, chemicals, seeds and sundries at cost.Note: If the amount of the valuations has not been agreed on the date fixed for completion, then the purchaser shall pay to the seller such a sum as the selling agents shall certify on account at the valuation pending agreement. Should the payment not be made within seven days then the interest will become payable on outstanding monies at 8% over the Bank of Scotland borrowing rate as adjusted from time to time.DEPOSITA deposit of 10% of the purchase price shall be paid within seven days of the completion of Missives. The deposit will be non-refundable in the event of the purchaser(s) failing to pay the purchase price or failing to complete for reasons not attributable to the seller of the seller’s agents.HEALTH & SAFETYThe property is an agricultural holding and appropriate caution should be exercised at all times during inspection, particularly in reference to the farm buildings. 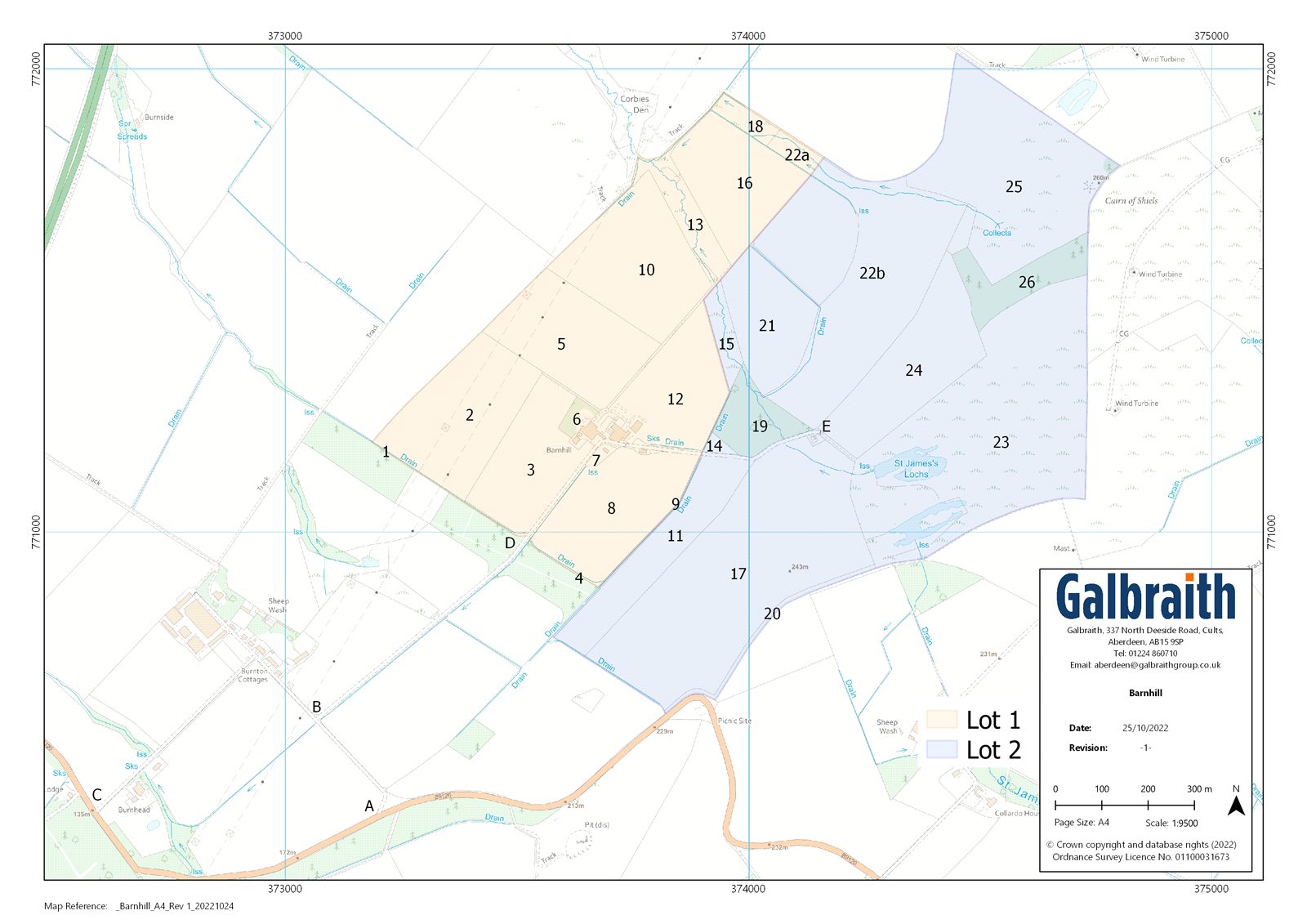