News One Of Scotland's Most Stunning Private Islands For Sale

One Of Scotland's Most Stunning Private Islands For Sale

Offers over 2 million sought for Castaway Island, Taransay being sold through our Inverness office. 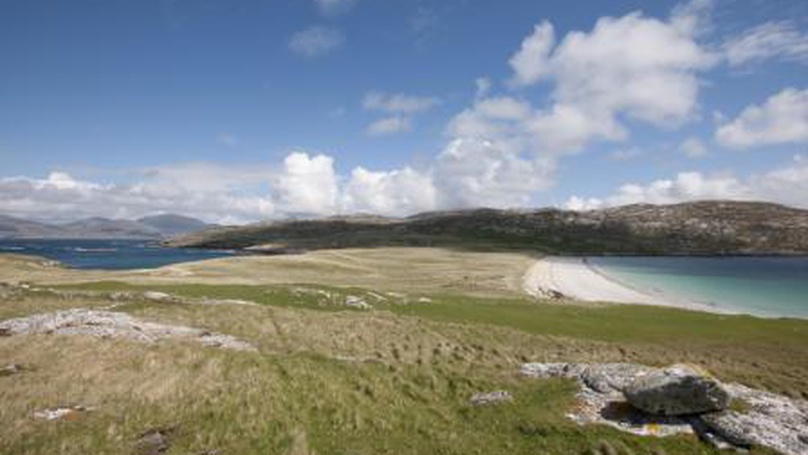 The outstandingly beautiful island of Taransay, made famous as the setting for the television series Castaway, is on the market through our Inverness office.

Located in an exceptional setting in the Outer Hebrides, Taransay is made up of two islands connected together by a peninsula of sand, with spectacular white sandy beaches, rugged cliff faces and heather moorlands forming its remarkable and unspoilt landscape.

Taransay has been inhabited since about 300 A.D. when it was home to Celtic pagans. Throughout history it has been the site of fierce battles including the Massacre of Taransay in 1544, when the Morrisons of Lewis invaded.

At one time there were three villages on Taransay, but the population dwindled, with the last remaining family moving to the mainland in 1974 when the island became mainly a place for sheep grazing.  However in 2000, the island became home to a group of castaways as part of the hit television series. The original buildings on the island were renovated and since 2002  have been used as self-catering holiday cottages.

The traditional farmhouse has been recently refurbished and combines comfortable modern accommodation with truly outstanding views across the beach.  The old school chalet has also been upgraded to a high standard with open plan accommodation overlooking the bay, whilst the bothy offers more basic accommodation, ideal for a group of up to 10.

The island also offers the country sportsman an abundance of activity whilst protecting the biodiversity of the island, with hill lochs teaming with brown trout, first class coastal and sea fishing, as well as a herd of around 200 head of red deer providing some enjoyable and sustainable stalking.

In addition, the farm on the island is in hand and the extensive grazing supports around 680 breeding ewes and followers.

John Bound, of CKD Galbraith, said: "If you've ever dreamt of owning your own island paradise then the Isle of Taransay has it all to offer. The island was put on the map when it featured in the television series Castaway which portrayed its true splendour. The traditional buildings provide comfortable accommodation and coupled with sporting, farming and holiday letting enterprises, Taransay offers a unique opportunity not to be repeated in a lifetime."

The island extends to approximately 3,445 acres and is owned in its entirety. The current owners are prepared to consider including in the sale a small land area on the sea front of South Harris,  to act as a land base for a boat hut and compound from where a boat can be launched to Taransay.

Offers over 2million are being invited for the Isle of Taransay.