Magnificent Highland Estate On The Market

Galbraith is today launching the sale of the Kinrara Estate, a superb Speyside estate with a productive grouse moor, stalking, salmon and trout fishing, and significant afforestation and carbon capture potential. Kinrara Estate is situated in an idyllic and peaceful situation in Upper Speyside and forms part of the renowned Monadhliath range of hills, the land rising to 824m at its highest point.  The southern part of the estate lies within the Cairngorm National Park.

Kinrara offers a rare opportunity to own and play a key role in the ongoing stewardship of this stunning landscape, including some of the UK’s most sensitive and important habitats. The estate offers very considerable afforestation potential, and lucrative carbon capture potential and a feature of the estate is the natural and ancient oak woodlands situated on the north side of the A9. The areas of peatland at Kinrara could also be a significant asset in the quickly developing carbon economy.

It is a wonderful, mixed estate, underpinned by good housing, farming, significant forestry and sporting activities.

The Kinrara moor is one of the finest driven grouse moors in the Highlands and with its gullies, ridges and undulating terrain, it provides the most challenging and exciting driven grouse shooting. With 19 drives, the 10-year average stands at 460 brace.

The estate also offers some enjoyable red deer and roe stalking and there is also a particularly challenging, high bird pheasant shoot.

Salmon fishing is available on the River Dulnain, an important spawning tributary of the renowned River Spey. Although a spate river and while no formal records have been kept, there are a number of holding pools that can provide sport in the right conditions. Loch Alvie and the hill loch, Lochan Dubh, both offer enjoyable trout fishing.

A significant proportion of the low ground at Kinrara, some 254 acres, is woodland, with species such as silver birch, rowan and native Scots Pine. Much of the woodland is noted within the Ancient Woodland Inventory. In addition, there are around 12 acres of conifer plantation, which offer shelter and cover for the farming and sporting enterprises.

About 142 acres of the land is used as pasture, the majority of which is cut for silage. The remaining low ground comprises a mix of rough grazing with open grazed woodland.  The land is well suited to livestock production and is in good heart.

There is considerable potential to create further woodland on the estate. An initial site survey suggests that approximately 3,700 acres (1500 ha) might be suitable for the planting of native broadleaved woodland, with more commercial crops on the low ground. The Galbraith forestry team are on hand to discuss the forestry potential in more detail with interested parties.

The estate is complemented by the attractive six-bedroom Lynwilg House, a bright and spacious Edwardian house with wonderful views to the Cairngorms.  The accommodation is of a high standard with four welcoming reception rooms, six bedrooms and five bathrooms.

There are seven further houses and cottages on the estate and a good number of useful outbuildings, including a wonderful shoot room and two boathouses on Loch Alvie.

In the past, planning permission was granted, subject to a section 75 agreement, for the construction of a substantial new lodge on a spectacular site overlooking Loch Alvie. While this permission was not pursued by the owners, there is the potential to explore this opportunity in the future, subject to the necessary consents.

Kinrara Estate is for sale with a guide price of £7.5m. For further information please contact Galbraith.

In the 1700s, Kinrara formed part of the Duke of Gordon’s empire. The estate at that time included Kinrara House which was built in the late 1700s by the Duchess of Gordon.

A loyalist to the monarchy and said to be popular with King George III, when in 1793 the army was short of recruits, the Duchess is reputed to have had a bet with the Prince Regent that she could raise more men than he could.

She duly toured the villages of Scotland, organising Scottish dances and donned a military uniform complimented by a large black feathered hat.  Those that danced joined the army and are said to have received the King’s shilling from between the Duchess’s lips. The Duchess is reputed to have recruited some 940 men and this is believed to have been the beginning of the famous Gordon Highland regiment.

The Duchess died in 1812 and she is buried in the grounds of Kinrara House. The estate was inherited by her son, George, the fifth Duke of Gordon, passing in turn to his nephew, the Duke of Richmond. It remained in the Richmond family until 1928 when it was bought by the renowned former showgirl and philanthropist, Lady Lucy Houston, who is said to have inherited a fortune from her shipping magnate husband.

Renowned as the saviour of the spitfire engine by giving much needed finance to the government for the project during the Second World War, Lady Houston also funded exhibitions to Everest and gave generously to charity. She died in 1935, and the estate was bought by a Glasgow businessman. The house and the estate were divided in 2005 when the estate was bought by the current owners who have invested substantially in the infrastructure of the property. 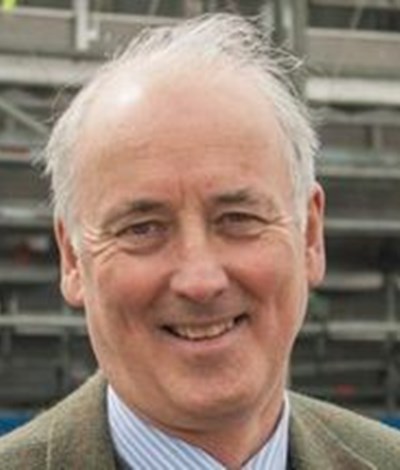