Damage to woodland can be costly. Louise Alexander explains what insurance is available. 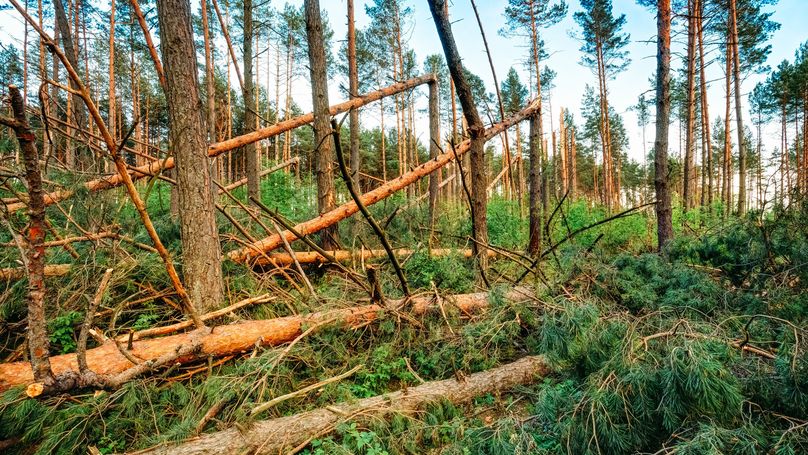 Almost all landowners will have their woodlands included on their public liability insurance to protect against claims from members of the public using these areas.

However, there are also speciﬁc ‘woodland’ insurance policies available from a small number of specialist providers. So what can be covered through these policies and how can you tailor them to get maximum beneﬁts without paying over the odds?

Two main types of cover are available: ﬁre and windblow.

Fires can also have an impact on infrastructure such as deer fences, which needs to be considered when calculating the insured value. Some policies will also pay for ﬁreﬁghting costs, including helicopters, if they are deemed necessary by the ﬁre oﬃcer in charge. Fire cover is generally relatively inexpensive, however it can also be targeted by only covering the most “at risk” woodlands. These would generally be:

Damage caused by wind is called windblow. Windblow insurance is designed to protect landowners from the loss of income caused by large scale windblow events. There is usually a minimum claim value so these policies are only really designed for signiﬁcant windblow areas, not individual trees or small pockets.

With modern harvesting machinery, windblown timber can be harvested and brought out to sale but it may still lose value in a variety of ways:

Most windblow policies are now designed so that the policyholder retains the value of the windblow timber when it is sold. The insurance payment is therefore a top-up which is designed to compensate for the value lost as outlined above. It may also pay something towards getting aerial photos of damaged areas and the management time spent in responding to windblow.

Young trees are generally not covered for windblow until they are 21 years old as they are not a signiﬁcant risk. Some insurance providers also set an upper limit of 50 years old, however this can exclude commercial pine and ﬁr plantations which are operating on longer rotations. It is worth checking with the insurer in advance to make sure that they cover an appropriate age range.

To get the best out of these policies it is important to tailor the insurance cover to the speciﬁc risks in each woodland. As these risks change through time it is important to review your insurance carefully each year. An up-to-date stock map is also vital to ensure that you can clearly identify any areas where you need to claim.