Insights The beneﬁts of brash removal

The beneﬁts of brash removal

The growing demand for ‘lop and top’ to feed biomass boilers makes brash recovery an attractive idea, although not all forestry sites are suitable, says Russell Porter. 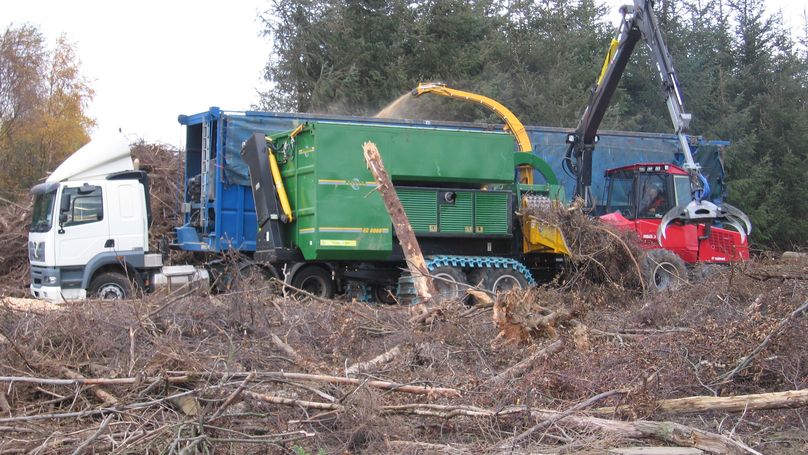 Increasing demand for biomass for heat and power generation is providing opportunities to recover brash, as well as harvest timber from felling sites.

Brash is deﬁned as the above ground parts of the tree not generally removed from the site after felling – the foliage, branches and crown of the tree.

Often called lop and top, brash has traditionally been left on the site or perhaps heaped up and burned. The use of large modern harvesting machinery means brash is often laid in mats to help support the machines and prevent ground damage such as rutting and compaction. It is this material which, in the right situation, may be suitable for removal from the site to be chipped for use in biomass boilers.

There are a number of factors to consider before harvesting brash to ensure there is no detriment to the site or the wider environment.

Standard forestry machines, often in combination with tracked excavators, are used to lift the brash mats and move the material to the roadside. Putting these machines back over a site on brash mats that will already be degraded to some degree has the potential to cause signiﬁcant ground damage. Consideration needs to be given to the site’s topography and soil types to avoid compaction, rutting and erosion.

On peat-dominated sites there is potential for carbon loss caused by the drying out of the peat from either ground damage or the removal of the mulching eﬀect of the brash. This is not recommended on sites where the depth of peat is greater than 30cm.

Removing material from the site can adversely aﬀect soil fertility and acidity. Diﬀerent soil types will react diﬀerently to brash removal, but as a general principle, especially on poorer soils, it is best to delay the operation until the needles have dropped from the branches.

Water quality can be aﬀected by harvesting operations but this can be managed by using suitable extraction routes with appropriate use of brash. removing brash can cause dirty water to run oﬀ the site into watercourses. Brash needs to be heaped at the roadside before being chipped, so extra care must be taken to keep mud and residues out of roadside drains.

A lot of space is needed to stack brash at the roadside to allow it to be chipped into a wagon. In general the wagons used to move chipped brash are not specially designed to work in the forest – unlike timber wagons  – so there may be extra road maintenance costs.

There are several possible beneﬁts from brash removal:

Any site being considered for brash removal needs to be assessed to ensure the beneﬁts outweigh any negative impact. An assessment ensures compliance with the UK Forestry Standard and will also be used by forest certiﬁcation bodies when carrying out audits.