Insights Natural Capital in a Climate of Austerity

Natural Capital in a Climate of Austerity

Tougher times are driving hard choices for rural businesses. But as Eleanor Harris reports, there is another way. Unfunded spending and tax cuts. Fiscal discipline. Nervous markets. Austerity on speed. Since Liz Truss and Rishi Sunak began to compete for the Tory leadership, we have been faced with a lot of harsh economic reality. For anyone heavily reliant on public sector funding – such as many rural businesses – these are worrying times.

Lobbying for more support to restore nature – or to maintain food security – isn’t going to cut it any more. In the past, rural spending was protected by the EU. Now it’s competing with the NHS, welfare, education, and many other priorities. It’s likely to shrink sooner and faster than we may have hoped six months ago. Do farmers, foresters, conservationists, shout ever louder to secure the biggest piece of the shrinking pie for ‘their’ priority? Or can we do this differently?

Many would argue rural funding has underperformed for farm productivity, the environment, and rural communities. Some would advocate following New Zealand: cutting off subsidy altogether and letting the markets do the work. Yet the UK countryside has a long history of combining working landscape with public asset, and privatisation would make it difficult to maintain that balance, so important to the wellbeing of our crowded islands’ population.

The trend, in schemes such as Environmental Land Management, Carbon Codes, and Biodiversity Net Gain, has been to favour letting commodity production look after itself, and channel public spending into environmental and social projects. This ‘public/ private good’ dichotomy seems to me to have two problems. The first is the message – in the midst of rising poverty – that material necessities like food, energy and housing are not priorities for society. The second is that land managers are forced to choose between competing income streams: all-out intensive production; or land use change for nature. 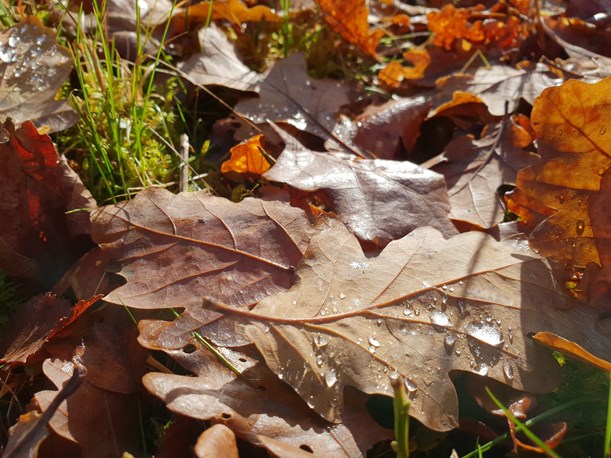 Provisioning is an ecosystem service. If we stop provisioning on one site, there will be carbon, biodiversity, or resource shortage impacts elsewhere. We talk about ‘land sparing versus land sharing’ – but I believe most land in the UK could work far harder for everything – ‘land layering’. This is the real rural ‘growth, growth, growth’ – not arguing over a shrinking subsidy fund, but investing in natural capital to deliver more for everyone.

New models are emerging which start with provisioning and build out to wider benefits. Milk premiums reward increased productivity and increased environmental benefit. New global guidance on land use carbon accounting enables supply chains to calculate the whole-system impact of their product, such as ‘land occupancy’, and carbon storage in commodities such as wood.

Shouldn’t rural funding target the development of true multifunctional land management, creating sustainable business models which the private sector will ultimately support? And isn’t the best place to start not ‘displacing’ or ‘supporting’ commodity production, but transforming it, to deliver carbon and biodiversity while supplying the net-zero needs of as many people as we can? Couldn’t farmers, foresters, environmentalists, poverty campaigners, start talking together about what that might look like?