The concept of rewilding ﬁrst attracted public attention with the reintroduction of wolves in Yellowstone National Park in 1995. Since then it has developed as a methodology in Europe, with large projects such as Oostvaardersplassen in the Netherlands and Bialowieza Forest in Poland.

Rewilding takes many diﬀerent forms depending upon circumstances but is chieﬂy the idea of allowing nature to take its course, allowing wildlife habitats to restore themselves and biodiversity to return with all the beneﬁts that natural ecosystems provide, such as an increase in pollinators, improved water quality and ﬂood prevention.

It can be controversial, and the practice is by no means widespread on private land.

Examples of rewilding in the UK

It is unlikely to become so any time soon, but the growing number of prominent examples emerging in the UK in recent years suggests that this unconventional approach to land management may be gaining traction.

Notable among these is Danish-owned Wildland Limited, which has a growing portfolio of properties including Glenfeshie and Gaick Estates in the Cairngorms and Strathmore as well as Eribol and Ben Loyal in Sutherland, all managed with a 200-year vision to restore native woodland, montane, peatland, riparian, grassland and coastal habitats rather than the traditional objectives of a Highland estate.

Other examples with a similar management ethos in the Highlands include Alladale Wilderness Estate near Bonar Bridge and Strathconon in Ross-shire. Knepp Estate in West Sussex is perhaps the best-known example outside Scotland. After 17 years, this 1,400-hectare former mixed estate has been described as the closest thing to a primeval landscape in southern England; a mosaic of water meadows, thorn scrub, willow and grassland inhabited by free roaming cattle, ponies, pigs and deer.

Large areas of land, particularly in upland Scotland, are marginal for agriculture and it is this land that is likely to go out of production as economic conditions and subsidies change in the future. When this happens, rewilding can take place ‘passively’ with the removal of livestock.

However, evidence suggests that a passive approach is sometimes not enough. Research at the Upper Teesdale National Nature Reserve in County Durham, for example, shows that moorland left un-grazed for more than 60 years remains substantially the same today.

Some degree of active intervention is usually needed to successfully transform land. Measures might include controlled herbivore grazing or deer control to stimulate mosaics of diﬀerent woodland and ground vegetation.

Planting of native woodland may be pushing the deﬁnition of rewilding somewhat but where no local seed source exists the alternatives are limited.

At the more controversial end of rewilding, the reintroduction of missing herbivores and predators can profoundly change the land over time, as the Yellowstone wolves have demonstrated. The reintroduction – oﬃcial and unoﬃcial – of beaver and wild boar has taken place in various parts of the UK. The same has been attempted with wolf and lynx in some more remote parts of Europe with varying success. Ecological processes tend to be slow.

Restoring existing, depleted habitats is faster than pioneering from scratch, but creating a landscape that is really natural still takes time – not to mention vision, scale and resources. The main driver for active rewilding is the appeal of managing land in an ecologically sustainable manner in order to return it to a more natural state.

The land involved is often agriculturally marginal and generating alternative sources of income is desirable but diﬃcult to achieve in practice. So how can this type of management be justiﬁed economically?

There is no doubt that landowners embarking on ambitious rewilding projects are able to justify the costs involved and ﬁnd ways of oﬀsetting them. Tourism is often the main income generator, usually in the form of holiday accommodation.

For example, Wildland oﬀers luxury accommodation in a variety of locations and invites visitors to experience a wild landscape in the process of transition. Over the last few decades, interest in the natural environment and non-traditional outdoor pursuits has increased signiﬁcantly. The outdoors has become a huge, year-round industry with people increasingly attracted to authentically wild outdoor experiences. The North Coast 500’s popularity demonstrates the universal attraction of remote places. 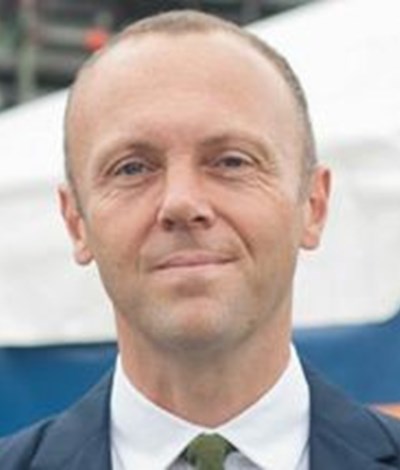