Harry Stott reviews the complex evolution of a South Gilmerton site from option agreement to sale. 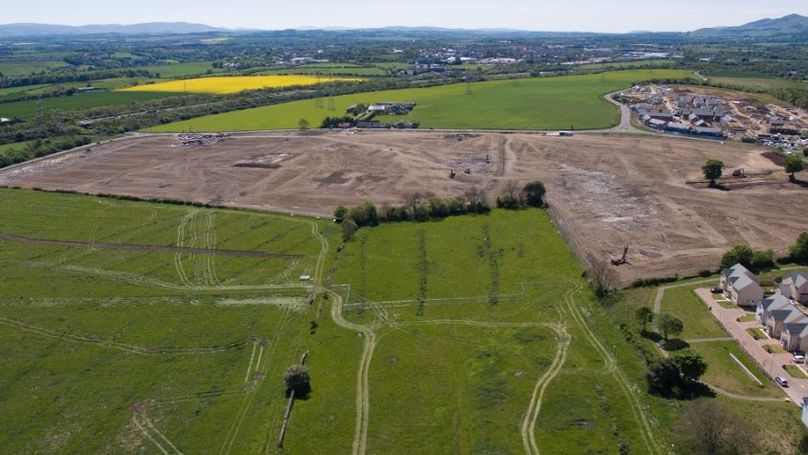 Galbraith has been involved in the successful sale of Phases 2 and 3 at Edinburgh’s South Gilmerton that will see a further 600 new homes built by Barratt Homes and Persimmon Homes in addition to the 200 houses already under construction by Miller Homes, in a major expansion of the capital.

Development land is at a premium within Edinburgh and the 46-acre site, on the southern edge of the city between the suburb of Gilmerton and the city bypass, attracted signiﬁcant interest from major national housebuilders, resulting in a closing date with several oﬀers.

After we selected preferred bidders and following extensive and complicated negotiations, the site was sold in April 2019 with the construction of the new housing set to start this summer/autumn. This is a fantastic result for our landowner client and while the process appears to be relatively straightforward, it belies the complex 12-year journey we’ve travelled with our client to get to this position.

Our involvement with the site goes back to 2007, around the time of the ﬁnancial crash. The original instruction came about as a result of the landowner being approached by a number of parties looking to purchase the land speculatively at a level that reﬂected its existing use at that time – as agricultural land with an element of “hope value” given its proximity to Edinburgh.

Our advice was that, in light of the proximity of the site to Gilmerton and Edinburgh, there were good medium- to long-term prospects of development so we recommended seeking to formalise an option agreement with a housebuilder via a structured process of inviting proposals from housebuilders and land buyers.

We undertook this process with Mactaggart & Mickel appointed as the preferred option partner. Our role, on behalf of the landowner, was to negotiate the terms of the option to ensure their interests were protected and to continue to monitor the performance of the option holder in terms of meeting set targets for promoting the land through the planning system.

The option agreement was signed in 2009 and a planning application submitted in 2014. This was initially refused by Edinburgh council and then approved at appeal by the Scottish Government in 2016 subject to conditions and a unilateral undertaking in relation to education provision with the possible delivery of a primary school on the site. This represented the biggest single Greenbelt release secured by appeal in Edinburgh – an unexpected and welcome result.

The planning process was driven by Mactaggart & Mickel who were instrumental in achieving a deliverable planning consent within a much shorter timeframe than originally anticipated. Once planning consent was granted, we received interest from Miller Homes for phase 1 development of 200 houses and the site was sold oﬀ-market.

With a rising market we advised our client, along with support of Mactaggart & Mickel who decided not to exercise their option rights, to openly market the site in 2016, resulting in the successful sale in April 2019. In our experience, it is imperative that landowners are represented right from the start of any discussions with developers, land buyers and promotion partners.

This will ensure their interests are protected and that the optimum value of the land can be achieved through market testing, but also that the principle of market value is established between the parties in an option agreement situation. Furthermore, the agreement of the deﬁnition of abnormal development costs and their detailed review is important to ensure that savings can be made together with minimum price agreement and indexation given the time that can elapse from the signing of an option agreement to the eventual sale.

Galbraith handles a considerable number of option and promotion agreements across Scotland and the North of England and we’re currently involved in the promotion and marketing of development land, extending to more than 1,500 acres and approximately 7,000 units.