A contract farming agreement was the way forward for an awardwinning hill farm when the time came to pass the reins from one generation to the next. Lucie Howatson reports. 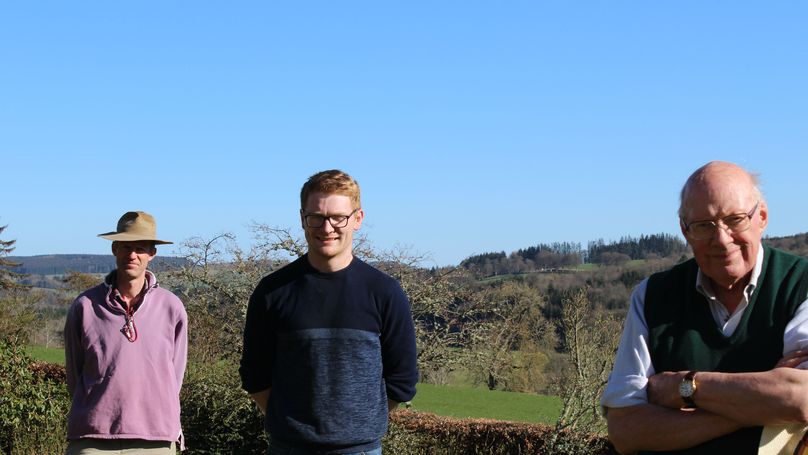 Cloquhat Estate has been owned by the Dunphie family since 1946 and sits in an elevated position overlooking Bridge of cally in Perthshire.

Brigadier Christopher Dunphie inherited the estate from his late uncle in 1988 and his son, Major Charles Dunphie, is the regional director of ABF The soldiers’ Charity in scotland. Both live with their families at Cloquhat, which comprises around 640 acres of grazing that supports a herd of 99 Limousin cross cows and 127 Lleyn crossewes.

Christopher, along with former stockman Neil Drummond, has made the Cloquhat name synonymous with high quality commercial Limousin cross cattle. The farm produced the champion pen of eight calves at the united Auctions stirling calf sales for ﬁve consecutive years to 2019, commanding top prices from buyers who return year after year.

In 2017, an inevitable change was dawning at Cloquhat when Neil was looking to retire after 27 years at the helm. It became apparent to the family that a clear change in the direction of the business was needed; Christopher, who is in his eighties, was looking to take a step back from the business while Charles was unable to pick up the reins due to existing work commitments and a young family to support.

With this in mind, Charles approached Galbraith to undertake an Integrated Land Management Plan for the business in order to assess its ﬁnancial and productive performance while also identifying ways in which it could adapt to the upcoming changes.

Correctly positioning the business for succession between Christopher and Charles was of paramount importance. Our advice, along with guidance from the family’s solicitor, identiﬁed that entering into a contract farming agreement was the best way forward.

Cloquhat was advertised as a contract farming opportunity in the summer of 2019 and this generated signiﬁcant interest, both locally and further aﬁeld, with more than 70 notes of interest received.

After throwing open the doors to Cloquhat for an unprecedented ﬁve viewing days, followed by two rounds of interviews, a new contractor in the form of Matthew McOuat was appointed. Matthew, 25, had a ﬂock of sheep on a small area of ground he leased on a ﬁve-year short limited duration tenancy near Dunblane and was looking for an opportunity to take the next step in building his business.

Matthew moved to Cloquhat with his ﬂock in November 2019 and has since settled in well to life at Cloquhat. The business, the Dunphie family and Matthew are all thriving.

In light of the success of this new partnership, we asked Christopher, Charles and Matthew to share their experiences of the process that led Matthew to being chosen as the new contractor at Cloquhat.

Why did you consider coming to cloquhat?

Matthew: Cloquhat oﬀered something diﬀerent to what I was already doing and allowed me to work full time at Cloquhat, decrease the amount of contracting work I was doing, work with more stock and take an important step forward with my business.

It was very important for me to be able to work under my own steam and to be responsible for the day-to-day running of the business. This particular farm also suited me as it was livestock focussed rather than arable.

I remember the encouragement given to me to apply by both the family and Galbraith, despite being young, which gave me a lot of conﬁdence. I believe there are beneﬁts to recruiting a young person into a business. Naivety can be a good thing as it makes you try something new rather than doing something the way it has always been done.

Why were you looking for a contractor rather than an employee?

Christopher: We preferred a contractor as they would be involved in the everyday running of the business and take over some of the responsibilities that I have. I am now in my mideighties and I need to step back a bit. Charles doesn’t have the time to take over my responsibilities as he has a full-time military position and a young family to consider.

When I arrived here I had a military pension and I was in the ﬁnancial position to dedicate my time to the business; the next generation is unfortunately not in the same position.

Matthew is a classic example of someone who comes from a farming background and has older siblings already involved in the family business. The opportunities at home just aren’t there sometimes. They need to go out and ﬁnd the opportunities themselves. We were delighted to provide this opportunity to Matthew.

What sort of person were you looking for to ﬁll the position?

Christopher: The quality of the person was of paramount importance and that is what we focussed on during this whole process but, all things being equal, we wanted to oﬀer the position to someone who had the knowledge and enthusiasm of youth but lacked the opportunity to realise their full potential.

Matthew stood out to us on all counts and he was encouraged to apply by both the family and Galbraith. We were delighted when Matthew accepted our invitation to join us at Cloquhat.

It is a very reasonable question for a young person to ask themselves; should I apply? But the answer is yes, they absolutely should. every farm needs, from time to time, a fresh pair of eyes to oﬀer a diﬀerent way of looking at things.

Christopher: I thought the overall process was right. We needed to reﬁne the list of possibles to a short list of those who might best ﬁt into life at Cloquhat.

The raw material of my earlier career as an Infantry soldier was 'people'. Judging their potential and encouraging them to realise it was a key part of that life. Galbraith presented us with a number of splendid candidates whose visits we much enjoyed. Of course the detail of the written applications was important, but the quality and potential of the person was paramount. Matthew seemed to tick all our boxes.

Charles: The character of the person is just as important as their technical abilities. Like my dad, my experience of soldiering was that, whilst someone may be outstanding at their job, if you can't work as a team things simply fall down.

Amongst many strong candidates, Matthew’s application stood out to me and this was proven when I got the opportunity to meet him at the ﬁrst interview stage as I didn’t meet him during the viewing days. Matthew even came out to the farm between interviews to visit the cattle, which showed a genuine interest and commitment.

As an industry we need to encourage people not to shy away from looking at the contract farming route and undertaking the process of appointing a contractor. Cloquhat is proof that even at a smaller scale such as this, it can be viable for everyone involved. Farmers like Matthew are the next generation and it is important that as an industry we oﬀer them that chance to grow and develop.

What are your reﬂections on the application and interview process as a candidate?

Matthew: The process was surprisingly straightforward as I only had to submit one application rather than there being multiple requirements. Lots of information on Cloquhat was provided by Galbraith which gave me a good idea of what was being oﬀered. The viewing day was a great opportunity to view the farm for myself, see the quality of the livestock and meet the family I would ultimately be working with.

How did you feel about prospective applicants coming and viewing the farm?

Christopher: We were delighted to welcome those who wished to investigate the opportunities oﬀered at Cloquhat. We are an almost ideal small hill farm, with south facing slopes and a herd of top quality cattle.  Galbraith warned us to expect a high level of interest, and that certainly happened. I doubt that we would have generated that level of interest and been able to invite an outstanding applicant to join us, without the advice and marketing skills of the Galbraith team.

How did you ﬁnd the process of getting started in the ﬁrst few months of the contract?

Matthew: Things have been pretty seamless so far. It is an exciting time for all of us. The communication between the three of us has been very good and we discuss problems to ﬁnd a solution before they grow arms and legs. A great relationship has developed quickly and harmoniously.

Christopher: Matthew just slipped into the role almost seamlessly. Of course there will be changes as he set out to put his mark on the farm and do things his way. I get the feeling that he is delighted to be here, and we are certainly delighted that he is. I think the only frustration has been the unnecessarily extended business of setting up a No 2 account, which has nearly driven me to drink!

Charles: Due to my job I can't commit nearly as much time as my dad has, but that's been the strength of this process – we couldn't really have asked for a better start to the partnership, which means we can all continue to build on Neil's legacy.

What has been the single most productive achievement since the contract started?

Christopher: We needed a new bull. With the UA stirling Bull sales in February, just two months after Matthew's arrival, the timing was excellent. Newhouse Oriental (a bit of a mouthful so shortened to Orie!), from the Adams family at Newhouse of Glamis, stood out at the sale and has taken up residence at Cloquhat. Like Matthew, he seems to have settled in quickly and well.

Matthew: Christopher spent a long time looking at the ﬁgures and I visually inspected the bulls in the show ring, then we compared notes. Fortunately we came up with similar thoughts on which bull we would like to see at Cloquhat!

Orie is a young bull but has great potential. He has a bit of an attitude on him, but is goodnatured overall and is settling in well.

Has the ability to speak to Neil been helpful to you?

Matthew: Yes, it has been very helpful. I don’t feel under any pressure to approach problems in the same way that Neil did, but it helps to have a good understanding of the history of the farm and the livestock.

Charles: We need to develop what is here and move with the times. I could have tried to take the farm on myself but there is a danger that everything Neil and my father worked so hard to build would have gone downhill. That is something we desperately wanted to avoid and we feel that we have done that with the new business structure and Matthew joining our team. 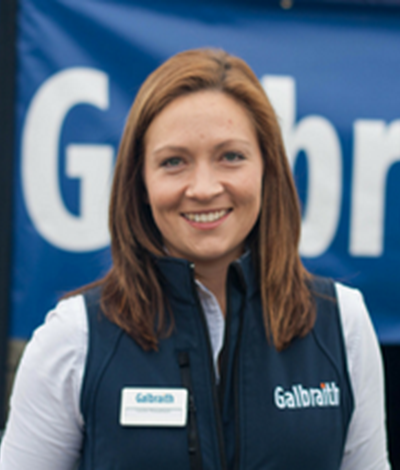