The tough times facing milk producers are well documented, but one young farmer is refusing to bow to price pressures as he tried to build a viable business. Martin Harvey reports. 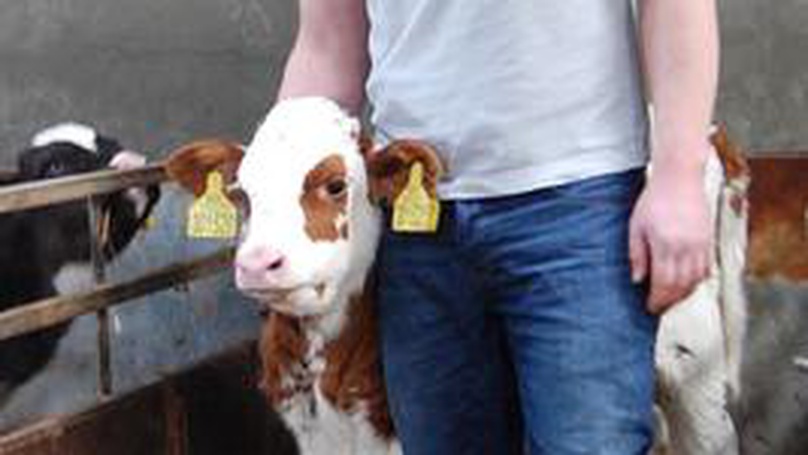 After ten years working in the motor trade, Bryce Cunningham was beginning to think about whether he should come back to the family dairy farm business.

When his father Robert became ill the decision was made for him and he returned to West Mossgiel, near Mauchline, Ayrshire. When Robert died in 2014, Bryce took over the farm tenancy first taken on by his grandfather in 1948 and with it one of the most respected herds of Ayrshire cows in the country.

It was hardly an easy time to enter the industry, with even the most experienced dairy farmers struggling to stay afloat. Low milk prices meant production costs were higher than his income and while his landlord, the Ballochmyle Estate, has been supportive, being a tenant farmer can make it difficult to raise capital to invest as you can't borrow against the value of the land.

Milking cows to lose money was an unsustainable situation, but Bryce was unwilling to quit the industry altogether so he developed a business plan to allow him to remain in milk but change the direction of the business.

Big changes often involve painful decisions and dramatically reducing the size of his milking herd from 130 to 48 was not something Bryce took lightly. But the interest his cows attracted as they went under the hammer last winter is a testament to the work of his father and grandfather in establishing the West Mossgiel breeding line. Bryce's determination to ensure that his own son Arran will have the same opportunity to take over the family business has led him on a path to change from producing a commodity for a milk buyer to creating a value-added product to sell direct to consumers.

In August 2015 Bryce and wife Amy, a nurse, opened a farm shop in their conservatory and quickly built up a regular trade thanks to their range of high quality, hyper-local produce. Having a shop in their house has encroached on their lives to some extent, but it made it possible to combine minding the shop with looking after baby Arran (and a highlight for many of the customers has been watching Arran grow!)

The Ayrshire Farmers' Farm Shop has already more than proved its worth. It kept them afloat as they raised the funds to buy and install a pasteuriser. The shop now sells their home-produced Mossgiel Milk under a sign which names the cows that produced the day's full fat and semi-skimmed. Since its launch earlier this year Mossgiel Milk has gone from strength to strength. Bryce now supplies local dairy producers as well as 22 shops, restaurants and cafes across Ayrshire and Glasgow, including two businesses adjacent to Burns Cottage in Alloway, where the ploughman poet was born and lived until he was seven.

There are more than a few parallels between Bryce and Robert Burns. Both moved to farm at Mossgiel in their mid to late twenties - Bryce at West Mossgiel and Burns at neighbouring East Mossgiel (known in his time as Near Mossgiel). Both found themselves heading up the family farming business shortly after the death of their father. Both farmed Ayrshire cows. Both have the same landlord, the Hagart-Alexander family, with whom Bryce has now agreed to take over the tenancy of part of East Mossgiel, and his cows will be grazing land where Burns farmed and wrote many of his most famous poems.

Bryce will happily show customers the farm, the cows and the milkings and his longer term plan is to build on this educational element. The aim is for the farm to become a place that demonstrates what goes into producing a litre of milk as well as selling it.

His determination to improve things for the whole industry as well as for his family has brought Bryce into the public eye with TV appearances as the spokesperson for the "milk trolley challenge" protests - where farmers bought all the milk in supermarkets in Ayr and Kilmarnock. Other stunts, including taking a red tractor down Glasgow's Buchanan Street, have also raised public awareness of the issues facing dairy farmers.

But he is in no doubt that it cannot be business as usual for the industry. "Farming was one of the last industries to be deregulated in the way it was," he says, "I came from the motor trade which was deregulated in the Eighties and that created havoc and hell, but the realigned it and got through it. That's what farmers have to do as well. For the past 20 years in farming it's always been a case of producing milk for your milk buyer. It was never a mind-set of producing milk for a customer. It's just not the case that you're stuck with your milk contract - there are other options out there. But we wouldn't have a shop just now if I hadn't done what I did at Mercedes for ten years, because I wouldn't have had the understanding of retail."

For Bryce, the skills he developed outside of farming and the confidence they have given him to go against the industry norms are proving vital as he tries to build a sustainable farm business for himself and his family.

CKD Galbraith is employed as managing agent for Ballochmyle Estate.