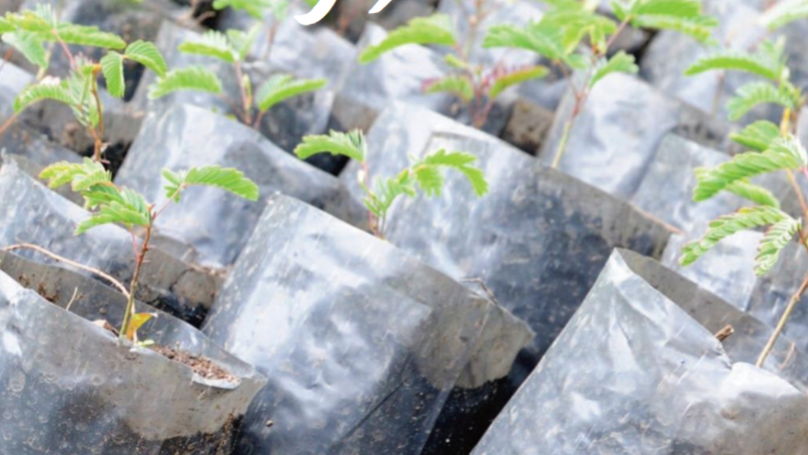 The Woodland Carbon Code (WCC) is a UK Government initiative aimed at quantifying and verifying the amount of carbon that will be captured by new planting.

It authenticates the carbon captured by new woodlands for use as a formal carbon oﬀset tool by industry. It is still in relative infancy, but the WCC potentially oﬀers landowners an additional tax-free income stream to sit alongside more traditional forestry revenues.

The code oﬀers landowners diﬀerent mechanisms to trade the resulting carbon asset and there are beneﬁts and drawbacks to each option.

Once a new woodland planting has been accepted into the WCC, a landowner will be issued with Pending Issuance Units (PIUs). These are an estimate of the total volume of carbon that will be captured by the woodland across its entire growth period. PIUs can be traded but cannot be used to oﬀset emissions until they are converted to Woodland Carbon Units (WCUs). This conversion occurs at various ‘veriﬁcation’ dates throughout the woodland’s life. These take place ﬁve years after planting and thereafter every 10 years.

The advantage of selling PIUs upfront is that it provides the landowner with an upfront cash injection. It appeals to the notion that ‘a bird in the hand is worth two in the bush’, as the landowner is realising the carbon asset upfront and in one go. Should carbon oﬀset become a thing of the past at any point in a woodland’s lifecycle, the owner has still obtained the value from the carbon at the outset.

On the downside, trading the PIUs upfront will preclude the owner from any uplift in the value of carbon units in the future. There is speculation that the value of carbon may rise as more industries are covered by legislation requiring them to reduce or oﬀset their carbon emissions.

Perhaps more importantly, when selling PIUs upfront, the owner commits to deliver that amount of carbon through the lifetime of the woodland, which could be up to 100 years. The owner is therefore required to continue to audit and verify the carbon captured at the veriﬁcation stages for this entire period, and if he decides to sell the woodland, the buyer would have to facilitate this burden without any of the ﬁnancial reward. It is yet to be seen what impact this burden will have on the value of woodlands.

The alternative model is to trade the WCUs on veriﬁcation. The advantage of this is that the owner beneﬁts from any increase in carbon demand and value as the market develops. Of course, the value of carbon may also fall and this must be considered too. Perhaps the biggest advantage is that only veriﬁed carbon units will have been sold, so there is no long-term commitment to a buyer as there is when selling PIUs.

If an owner chooses to no longer be part of the scheme, there is no ongoing veriﬁcation burden, providing the woodland remains in situ.

Alternatively, if the owner chooses to sell the woodland, the purchaser can beneﬁt from the ongoing carbon income, which makes the burden of veriﬁcation less of an issue. The downside is that the income stream is a longer-term gain and does not represent immediate returns. However, this appeals to some investors as it sits more comfortably alongside the longterm nature of traditional timber returns.

Whichever way you choose to manage and trade your carbon asset, the WCC oﬀers a genuine opportunity to improve the returns from forestry planting, and should be given consideration when planning any new woodland.