Not all wind farms live up to expectations, but one company reckons it’s found a simple, eﬀective way to boost energy output. 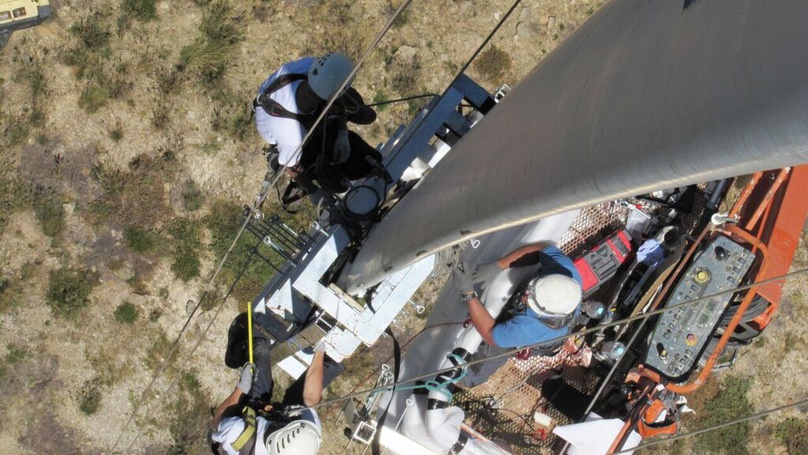 Property owners who invest in renewable energy technology to boost revenue are only human, so they enter the process with high hopes, not expecting retrospective Government changes that aﬀect the business case.

Things don’t always go as planned and when wind farms deliver uninspiring returns, the associated costs usually rule out decommissioning and reverting to previous use. The solution is likely to involve incremental improvements to push income closer to original expectations.

The idea of tampering with an approved installation for improvements that aren’t guaranteed may prompt a sharp intake of breath by turbine owners, but some are addressing the problem by stretching their rotor blades to beef up annual energy production.

In 2009 a German company, Energiekontor, joined forces with fk-wind, the Institute for Wind Energy at the University of Applied Sciences in Bremerhaven, to explore how to increase income from installations that fall short of expected production rates. Energiekontor, which operates onshore wind and solar sites across the UK and Europe, acted after analysing its own production and ﬁnding some sites were falling short.

The extension prototype designed by fk-wind comprises an additional segment ﬁxed at the tip of the rotor. It was certiﬁed by DEWI / OCC wind energy standards body in 2012. Rotor Blade Extension (RBE), set up by Energiekontor to carry out the process, says it can increase production by up to 7% with a payback period of one to three years without replacing blades or turbines, using existing infrastructure and with minimal environmental impact.

The lightning protection system on the blade is removed and reﬁtted in the new tip with a connection to the original system. Two half shells overlap the existing rotor blade tip and are ﬁxed with adhesive resin. A ﬁnal polishing and painting of the blade protects the material. The original rotor blade remains unaﬀected.

Energiekontor has installed RBE on 20 turbines, delivering a 1.3MW ‘bonus’, or 7% yield uplift, and has earmarked a further 23 in Scotland for deployment, focusing on MM82, GE1.5 and Bonus 1.3 turbines which are predicted to beneﬁt from an increase of annual energy production of up to 9%. The company is considering adding RBE to more windfarms, with turbines of up to 5MW. As the extra loads involved are within parameters deﬁned by the standards of the International Electrotechnical Commission, the lifetime of the turbines should be unaﬀected.

Despite the loss of incentives, it is still possible to develop and build economically viable onshore wind projects. This is thanks to advances in turbine technology, including RBE.

RBE is being developed to enable our new windfarms to be ﬁnanced and built subsidy-free as part of a larger programme of cost and yield improvements, and to enable existing windfarms to maximise existing hardware by extracting more energy out of the wind.

With RBE Energiekontor has been able to improve revenue from existing windfarms and will continue to roll out development and installation of this low risk, high return technology.