Insights A ‘manly spirit’ from a historic walled garden

A ‘manly spirit’ from a historic walled garden

James Bowie talks to the creators of an award-winning vermouth made in Scotland – and learns about the drink’s surprisingly British origins. 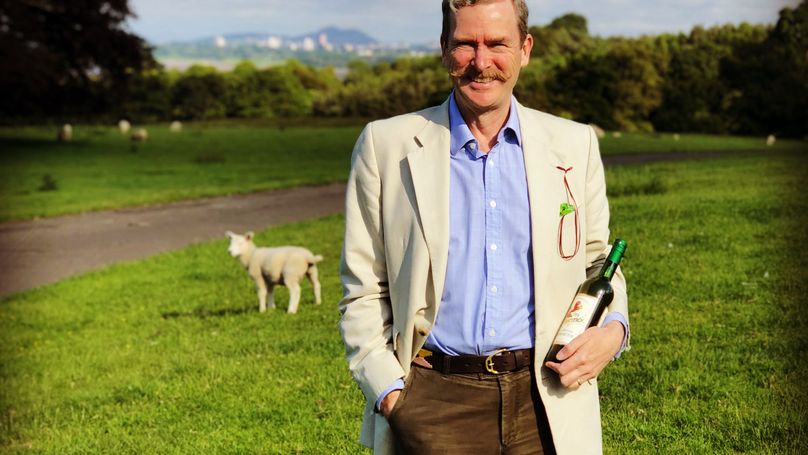 The restoration of the historic Dalmeny Estate walled garden has resulted in the birth of an award-winning new vermouth.

Wermod Dry Great British Vermouth, the creation of Lady Jane Kaplan and her husband Michael, has already won national and international awards and is served in some of the UK’s leading bars.

It was as the Rosebery Estates began the restoration of the historic one-hectare Dalmeny walled garden that the potential to make use of its natural produce became apparent. At the same time, the activities of the estates were under a process of review and diversiﬁcation in which Lady Jane, daughter of the Earl of Rosebery, was closely involved. She has just ﬁnished overseeing the conversion of Barnbougle Castle into the ﬁrst of several exclusive-use venues.

Lady Jane takes up the story: “The walled garden is more than 200 years old and was very high-tech for its time – it had an integral gravity-fed watering system, coal-heated ﬂues within the walls and fabric sails to protect the plants from frost. The garden produced food and ﬂowers for the household and exotic fruits, especially pineapple, were very much in demand in that period.

"Last year we brought in Mangalitza pigs to clear weeds and eat the windfall apples. Flowers, fruit and pork from the walled garden are now being used at Rosebery Estate venues – although not yet pineapples!

“The restoration might take eight years to complete, but herbs were already thriving in the walled garden, alongside the established fruit trees and ﬂowers. This setting was the inspiration for our vermouth. While these botanicals could be used in making a gin, we felt that other estates in Scotland were already producing gin and we wanted to do something diﬀerent, making use of the wonderful resources we have here.”

Her husband, Michael, is a writer and historian and his love of research proved of great beneﬁt in creating the new drink.

“The tradition of vermouth is actually thoroughly British: it is an ancient drink,” he said. “The word wermod, from which vermouth derived, is Anglo Saxon and means ‘manly spirit’ or ‘courage’. The alcohol was used originally to preserve the herbs – medicinal herbs were of huge importance – but then vermouth came to be drunk for pleasure, as it should be!

“Vermouth was enjoyed in England and Scotland long before it became synonymous with the Alpine regions of Italy and France. In fact, we have richer, more varied soil here, perfect for the multitude of herbs that go into ﬁne foods and spirits.”

The herbs are picked by hand and then laid out on trays to be dried slowly in temperature controlled conditions so that the delicate aromas are not lost. After drying, each herb is cold infused in wine and spirit in glass vessels; the infusions are then ﬁltered and blended for bottling. There is no mechanical stirring and no heat is applied, as this could destroy fresh ﬂavours and produce a tannic after-taste.

A blend of 24 herbs goes into each bottle of vermouth, with an emphasis on the harmonious mix of ﬂavours which gives the drink its complexity – grassy, fresh, ﬂoral, bitter, warm and earthy. No sugar is added; the sweetness comes from plants such as the familiar weed sticky willie or cleavers. The herbs are grown on the estate and the wine used as the base comes from England.

Jane and Michael carry out every aspect of the herb growing, production, bottling and sales process themselves, creating 600 bottles in each batch. The couple also designed the branding for the bottle, based on the crest of the Rosebery family: a lion holding a primrose. Primrose is the family name of the Earls of Rosebery and primroses are one of the herbs in Wermod Dry.

Michael continued: “To qualify as a vermouth, a drink must be wine-based, must have wormwood as a key ingredient and must be fortiﬁed to between 15 and 21 per cent alcohol. It was great fun during the months when we were perfecting the recipe, as we had to have regular tasting sessions!”

As implausible as it sounds, the very ﬁrst batch produced on the estate won a Gold prize at the World Vermouth Awards. Since then Wermod Dry has also won a Great Taste award from the Guild of Fine Food. As well as being served in Rosebery venues, it is now stocked in the bar of The Savoy Hotel in London and about 40 ﬁne dining restaurants and bars and sold direct via premium oﬀ-licences. It is a very versatile drink which can be enjoyed on its own as an aperitif, or as a spritz, a cocktail ingredient or in place of wine when cooking.

The couple’s aim was to create something that was distinctive, true to the origins of vermouth, and could oﬀer a commercial opportunity for the estate. We can safely say they have been successful on all fronts. Congratulations – we raise a glass to you!