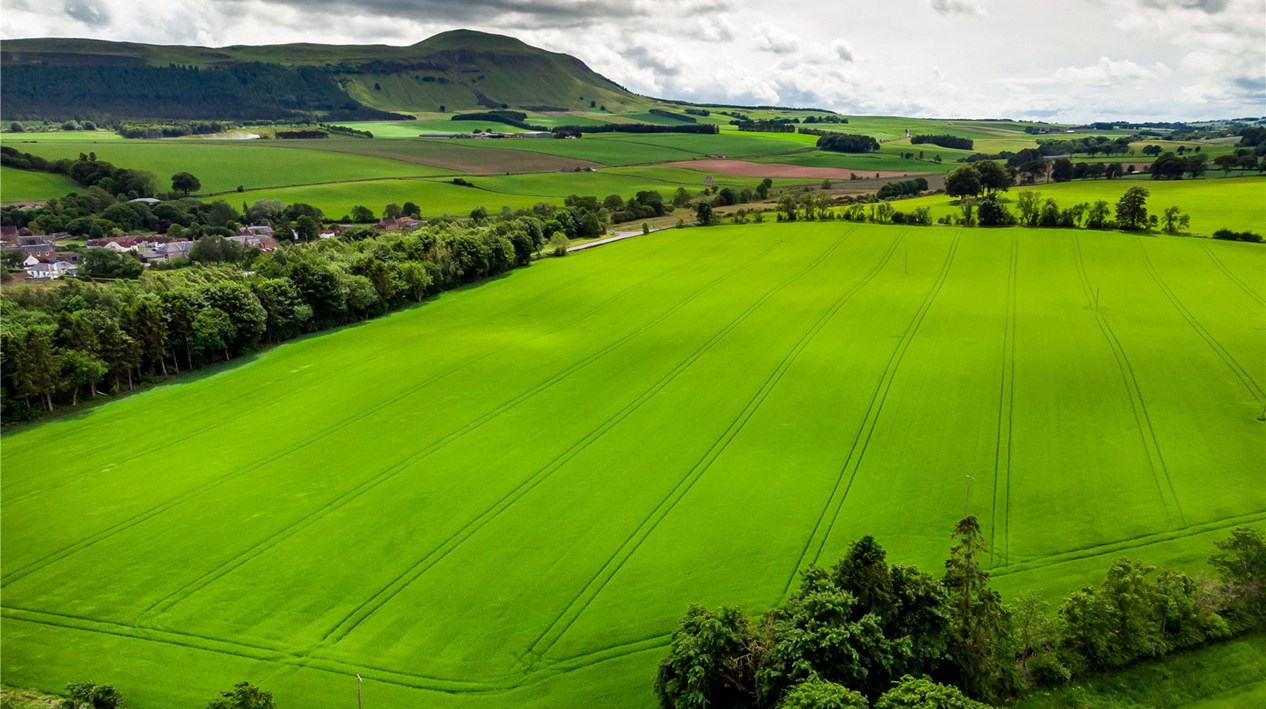 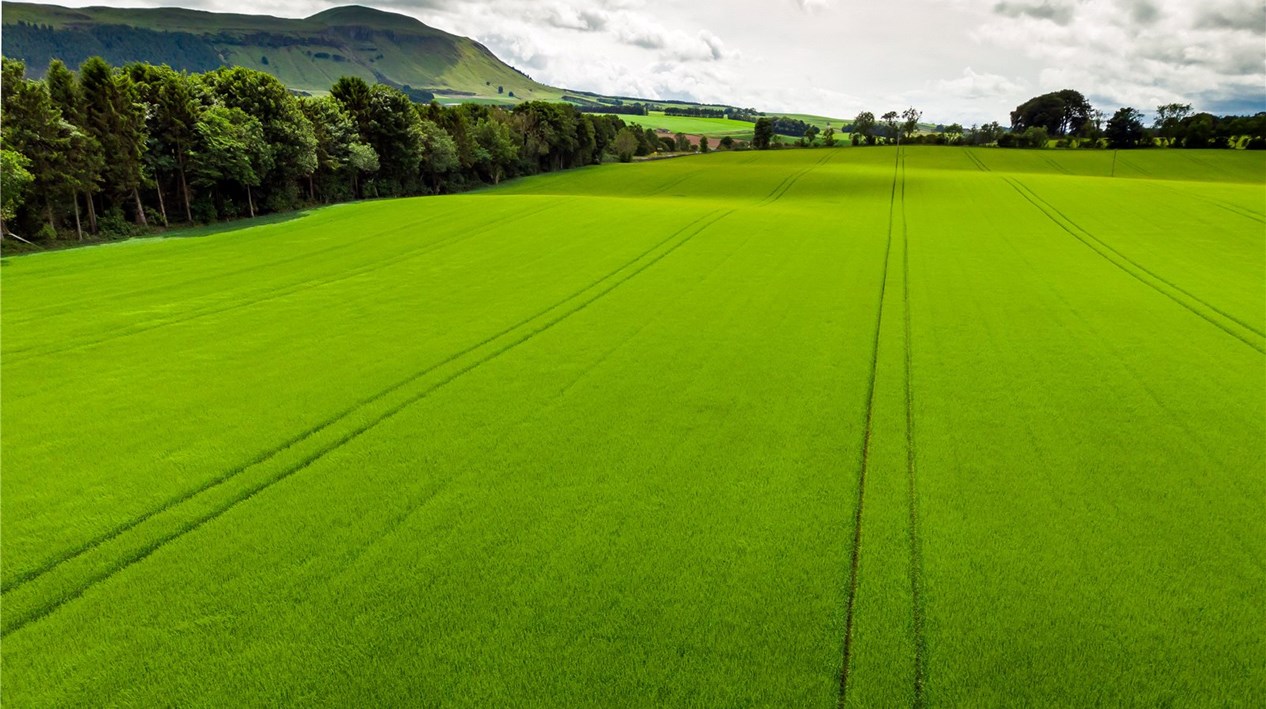 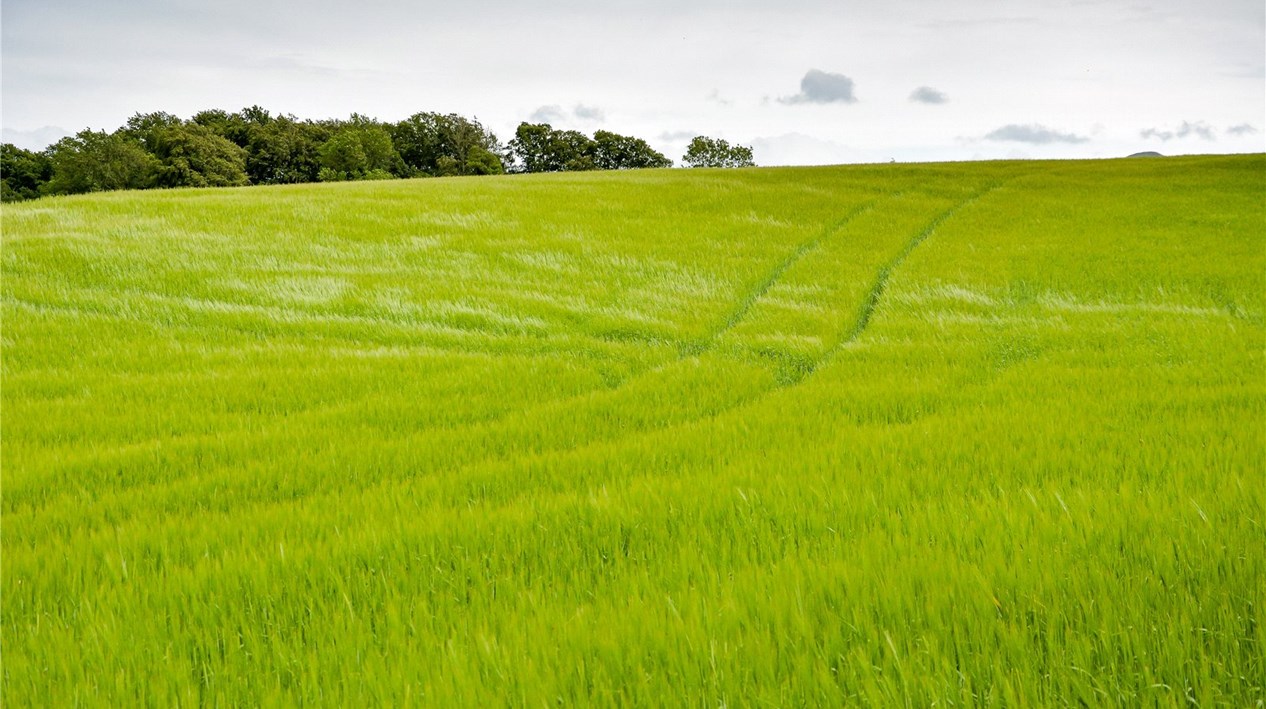 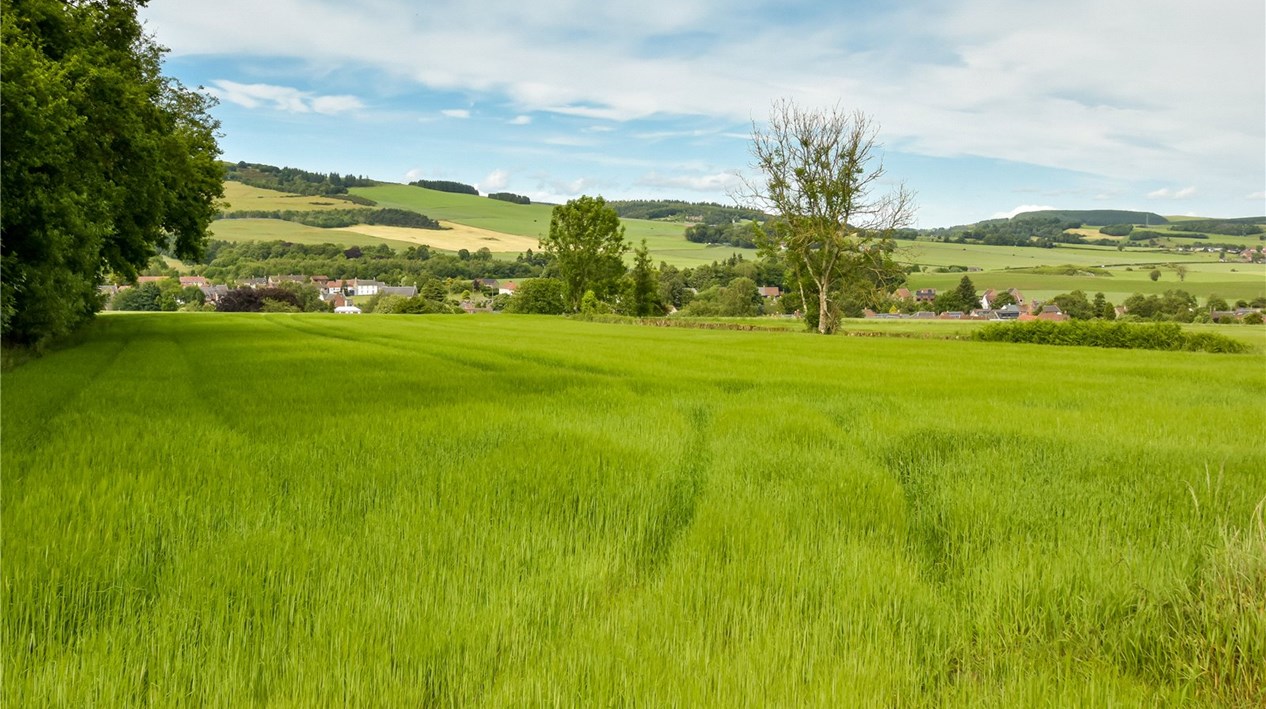 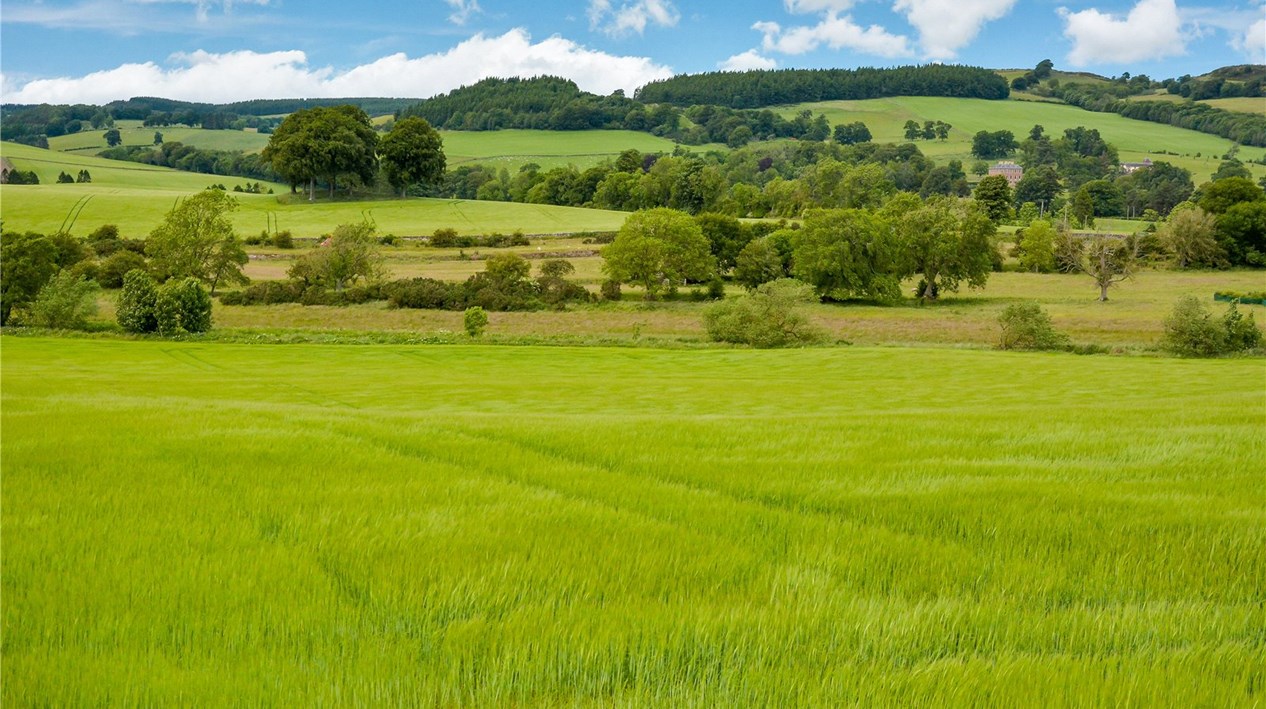 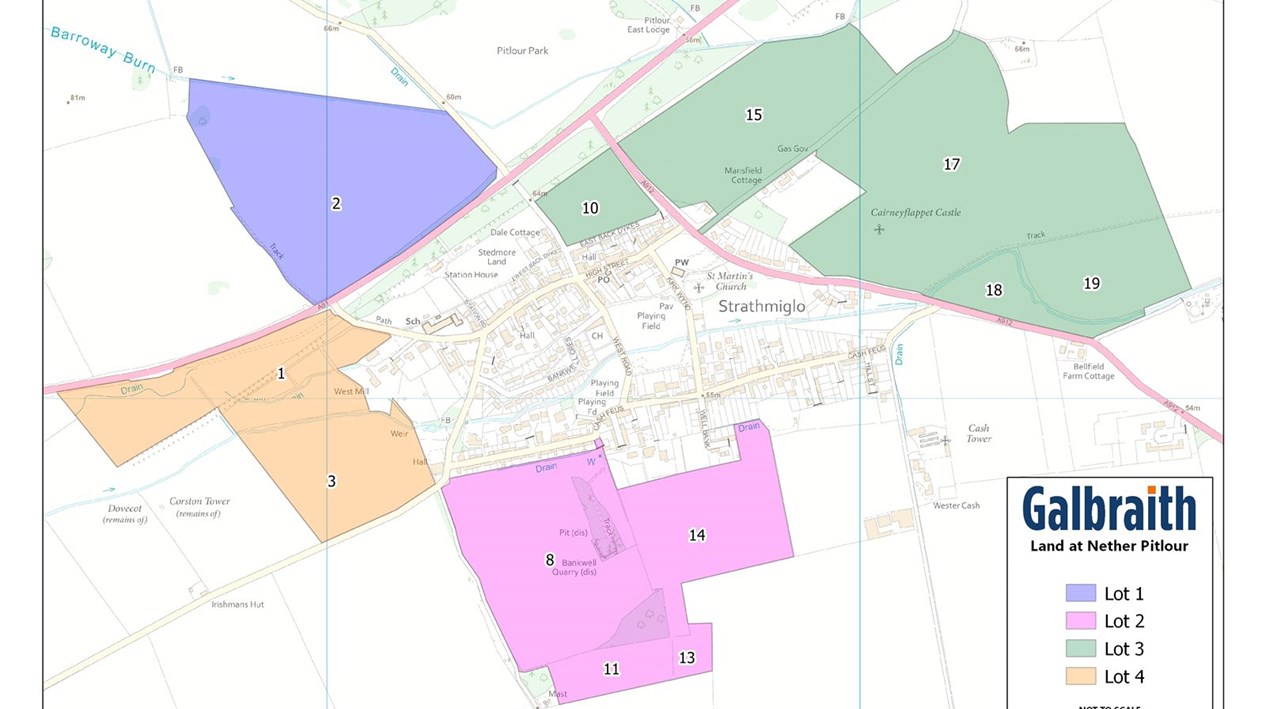 SITUATIONThe Land at Nether Pitlour sits in four separate parcels surrounding the historic village of Strathmiglo in the county of Fife. The county town of Cupar lies about 11 miles to the east whilst Perth is about 14 miles to the north and Edinburgh about 40 miles to the south.Fife is renowned for its productive and fertile lands capable of producing high yields of an extensive range of crops and the area is well suited to both arable cropping and livestock units. The local area is well served by a wide variety of agricultural contactors, merchants and suppliers with a successful local machinery ring which can provide additional farming resources if required. The livestock markets at Forfar, about 34 miles north and at Stirling, some 45 miles south west, have regular sales.DESCRIPTIONThe land at Nether Pitlour extends to approx. 208.85 acres (84.52 hectares) in total and sits in four distinct parcels around the village. The land is principally down to cereal crops with a small area of permanent pasture to the north of Lot 4 whilst there is a small parcel of amenity woodland forming part of Lot 2.The land is predominantly designated as Grade 3.1, with small areas of Grade 3.2, by the James Hutton Institute and is used for cereal production and grazing. The land forming Lot 1 is generally level whilst the land making up Lot 3 is sloping with a southerly aspect. The enclosures making up Lot 4 are both level and sloping with a northerly aspect whilst Lot 2 is gently sloping with a northerly aspect. In summary the land forming all four lots range from about 50 metres to 90 metres above sea level and is made up of predominantly Brown Soils that are naturally free draining.The Land at Nether Pitlour is available for sale as a whole or in four lots and can be summarised as follows:LOT 1A block of arable land extending to approximately 35.56 acres (14.39 ha). It is a single arable field bounded to the south by a stone wall with some mature deciduous trees around the periphery. It has good access onto a minor road which leads directly onto the A91.LOT 2The subjects of Lot 2 lie immediately to the south of the village of Strathmiglo. It comprises mainly arable land with an amenity woodland area and extends in total to approximately 50.63 acres (20.49 ha). The arable land is made up of four encloses (approx. 46.13 acres (18.67 ha)) with the amenity woodland (approx. 4.50 acres (1.82 ha)) lying centrally within of the subjects. Access is directly off the minor road to the south of the village of Strathmiglo.LOT 3Lying to the east of the village, Lot 3 comprises a block of arable land with a permanent pasture field and extends in total to approximately 89.75 acres (36.32 ha). The arable land is about 84.98 acres (34.39 ha) with the permanent pasture field extending to approx. 4.77 acres (1.93 ha). The block is accessed directly from the A912 road.LOT 4Lot 4 extends to approx. 32.91 acres (13.32 ha) in total and comprises a single arable field extending to approximately 13.57 acres (5.49 ha) with the remaining permanent pasture ground extending in total to about 19.35 acres (7.83 ha). The arable field is accessed directly off the minor road to the south of the village of Strathmiglo and the permanent pasture fields are accessed from the minor road running from the west of the village of Strathmiglo.