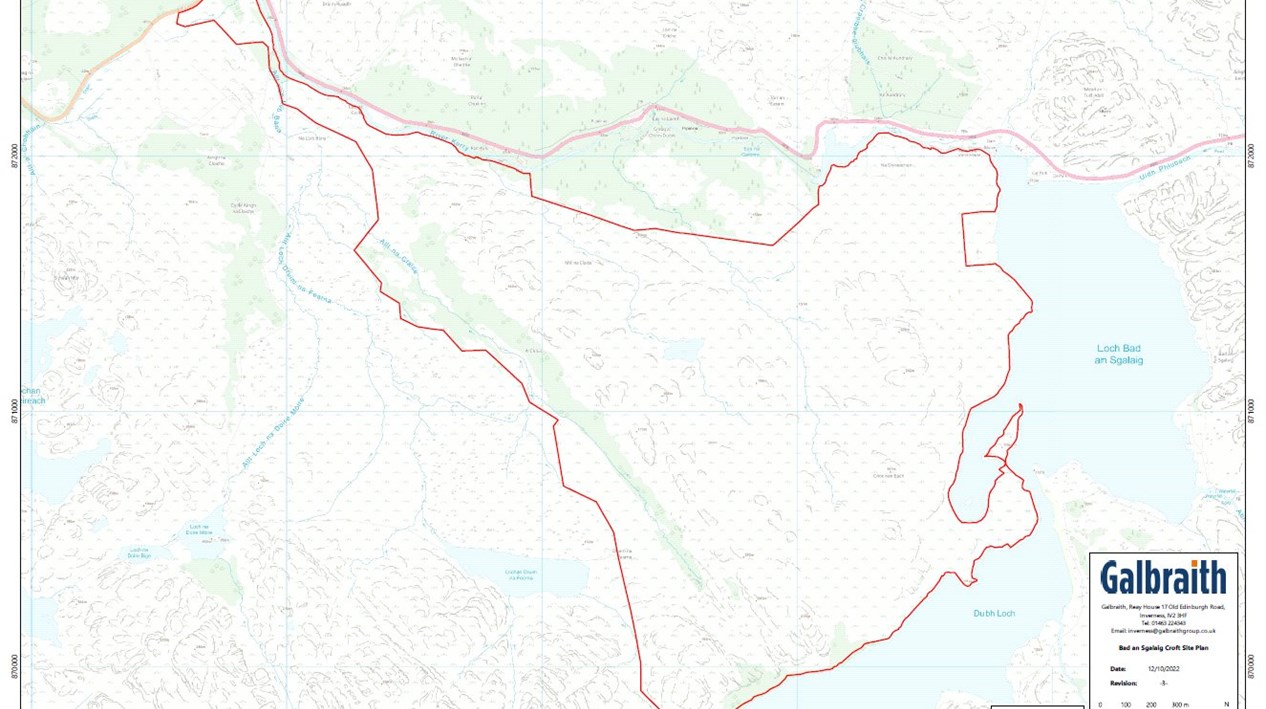 Bad an Sgalaig Croft is located in a scenic area of Wester Ross, lying on the south side of the River Kerry and adjacent to Loch Bad An Sgalaig and Dubh Loch.The land is accessed from the A832 public road. At present there is no vehicular access to the land.The most convenient access point is via the hydro-electric dam at the North Western end of Loch Bad na Sgalaig. There is a right to install an access bridge over the River Kerry in order to facilitate vehicular access if required in the future.Bad an Sgalaig Croft is a large upland land holding, extending to approximately 361 Ha. The land is undulating, lying between 50m and 220m above sea level, and comprises a mix of native woodland and heather grazing land. Traditionally used for sheep grazing, the land has been more recently used to establish native woodland, enhancing the biodiversity of the land.The native woodland scheme was established on the land in 2005. The scheme comprises low density planting of Scots Pine and native broadleaf trees. The scheme has established well, particularly the pine woodlands and once fully established the trees will offer amenity and shelter on the land. In addition the scheme included regeneration of existing birch woodland along the Allt na Claise burn to the south of the land, which has been successful. The scheme is now out of contract with no ongoing obligations on the purchaser. There may be opportunity to further enhance the woodland cover through additional enrichment planting.