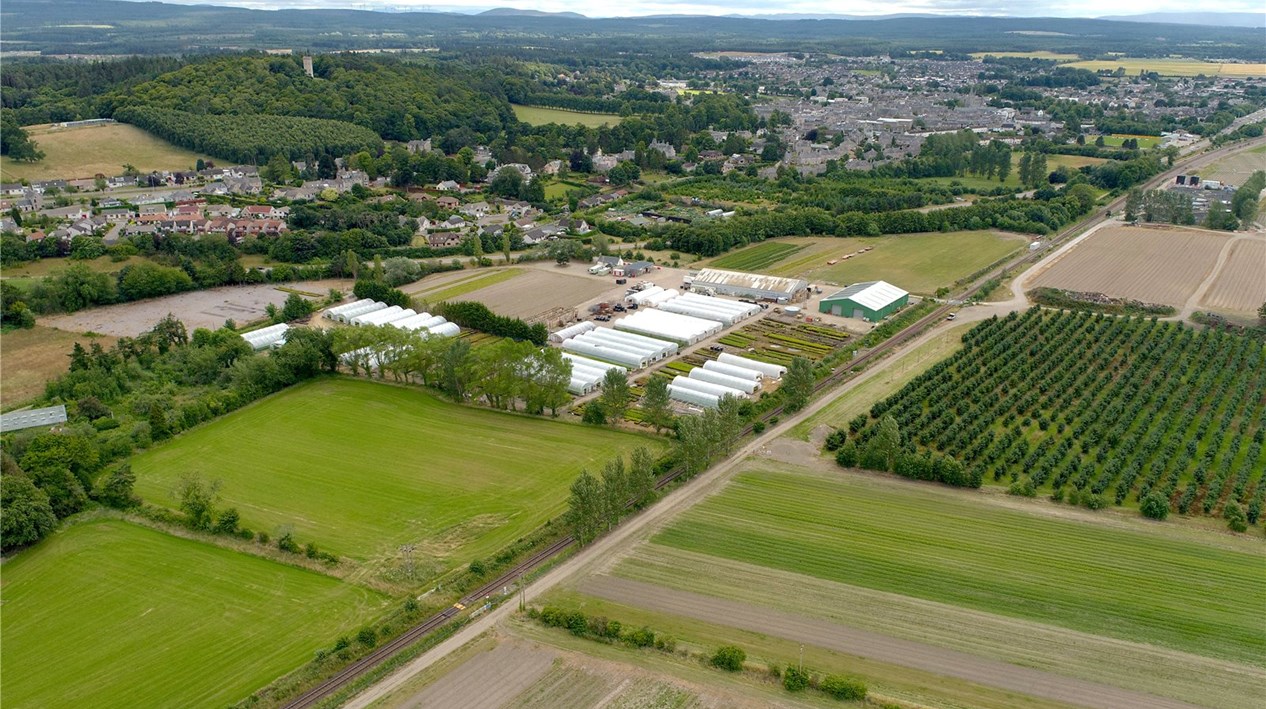 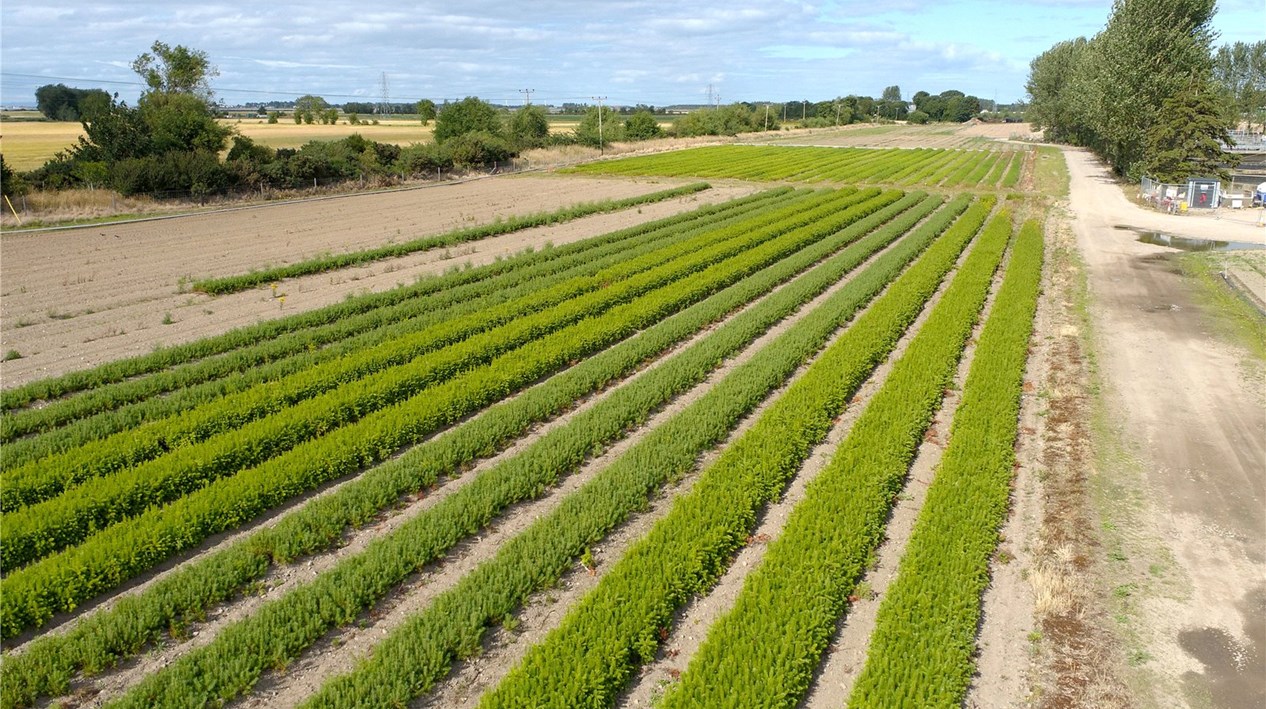 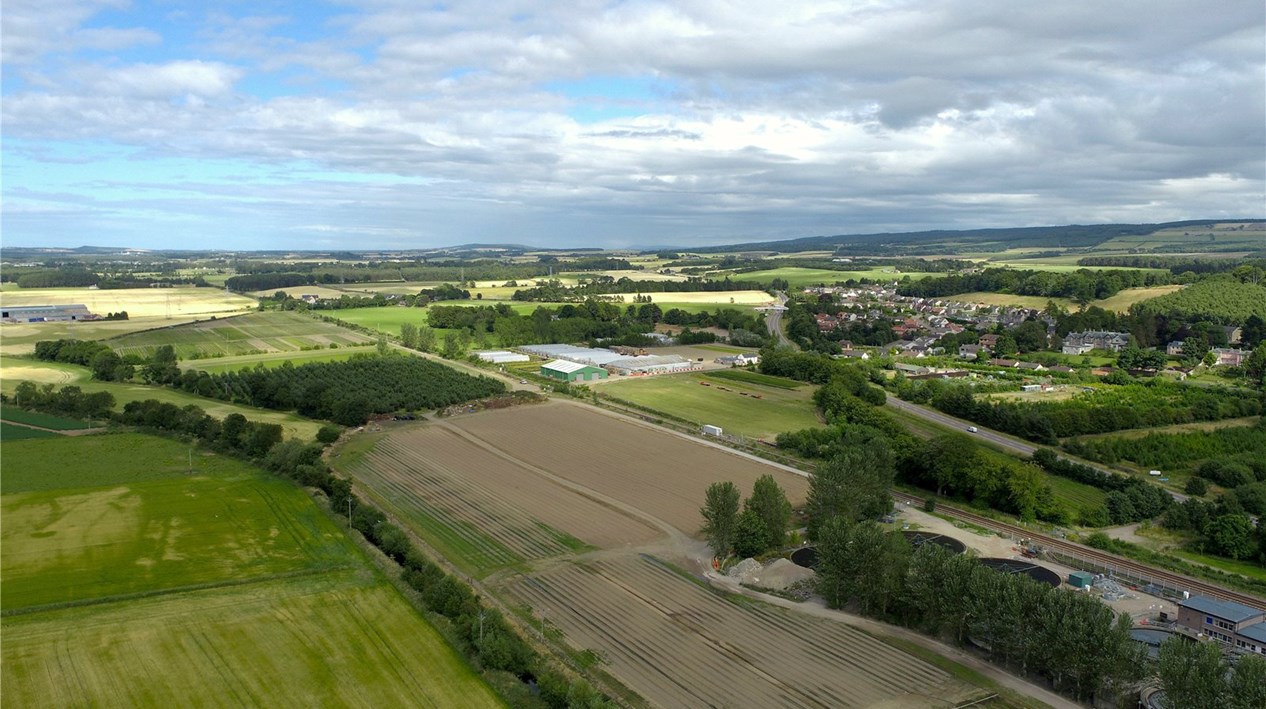 Christie-Elite was formed in 1995 when Elite Trees purchased Forres seedling nursery T&W Christie, a site which had produced high quality nursery trees for over 200 years. Today Christie-Elite is one of the best known UK growers of commercial tree species specialising in native varieties as well as genetically improved conifers for timber production. It is the only UK tree grower producing both bare-root and cell-grown saplings and one of the only nurseries in the world growing native Scottish montane species. The business produces and ships millions of finished trees each winter to estate owners, management companies and agents across Scotland, the UK and to Europe. The nursery currently occupies around 162 acres of high grade agricultural land. Approximately 21.60ha/53.37 acres of which is owner occupied with the remainder leased on various leases from Moray Council, Church of Scotland and private landowners. The nursery also owns a Sitka seedorchard producing seed with one of the highest genetic profiles available in Europe. The company employs 25 full time staff and this is augmented by seasonal workers during the busy winter season with numbers rising to 70 during peak times.KEY FACTS• Sales turnover is currently circa £1.8 million• Production volume is 6-8 million saleable trees per annum• Full time staff comprises - 1 nursery manager, 3 sales and logistics members, 2 admin andfinance with the remainder in production• Land, buildings and physical assets• Tree stock comprising finished saleable plants on order and growing trees at various stagesof development• Over 200 years of accumulated capital equipment and experience• Long established business with an extensive client baseCHRISTIE-ELITE NIURSERIES LIMITEDThe land is owned and the nursery business operated by a limited company - Christie-Elite Nurseries Ltd. It is the preference of the Shareholders to sell the limited company on a lock, stock and barrel basis as a going concern. This would include all the heritable property as described in these particulars together with all the machinery and growing stocks. Further information is available from the Selling Agent for parties who are seriously interested in purchasing the limited company.ACCOMMODATIONThe nursery holds significant built assets on site including a range of heated and equipped polytunnels and stores used in connection with the growing and storage of the tree crop. The principle buildings include:Bogton FarmhouseA one and a half storey grade B listed detached traditional dwelling built from stone and slate. The building is in need of renovation.Storage Shed / Cold Store. About 50m x 24m Steel portal frame building with box profile cladding. Insulated and divided into two cold stores with a refrigeration unit within a lean-to. Internal office area, chemical store, adjoining office space (about 9.6m x 2.8m), 2 x WCs.Grading Shed. About 36m x 25mSteel portal frame shed with internal foam insulation, roller doors. 50kW solar panel systemmounted to roof.There is a range of modular buildings including various stores and the principle office building at the yard. There are numerous single, double and quadruple interlinked poly-tunnels, many of which have heating, irrigation and drainage.LANDThe land owned by Christie-Elite Nurseries sits at about 5 meters above sea level and is flat lying. Sitting to the north of Forres and divided into three separate blocks, the land extends to about 55.5 acres and is predominantly classified as grade 2 by the James Hutton Institute for soil research. It is generally well drained and has been used for producing nursery trees with occasional arable crops as breaks in the rotation. There is a good network of internal tracks with access over the railway line by a telephone system with manual gates.SERVICESCouncil Tax Bogton Farmhouse – band C Water Mains and private bore-hole Drainage Mains Heating ElectricPLANNING & DEVELOPMENTThe subjects of sale are subject to the polices as detailed in the Moray Local Development Plan. Purchasers are advised to make their own enquiries as regards potential development on site.SITUATIONChristie-Elite Nursery is located in a highly desirable and accessible position on the outskirts of Forres on the fertile ‘Laich o’ Moray’. The county of Moray is famous for its mild climate, has a beautiful and varied landscape with a coastline of rich agricultural land, prosperous fishing villages and wide, open beaches. Forres (about 1 mile) with a population of about 10,000 provides a wide range of shops and amenities including a railway station on the Aberdeen to Inverness line. About 12 miles to the East lies the Cathedral city of Elgin which offers a wider range of amenities. Inverness (about 28 miles) has all the facilities of a modern city including its airport (about 20 miles).