Continuing her series on land reform, Poppy Baggott looks at the changes to farm tenancies and Agricultural Holdings legislation proposed in Part 10 of the Land Reform (Scotland) Bill. 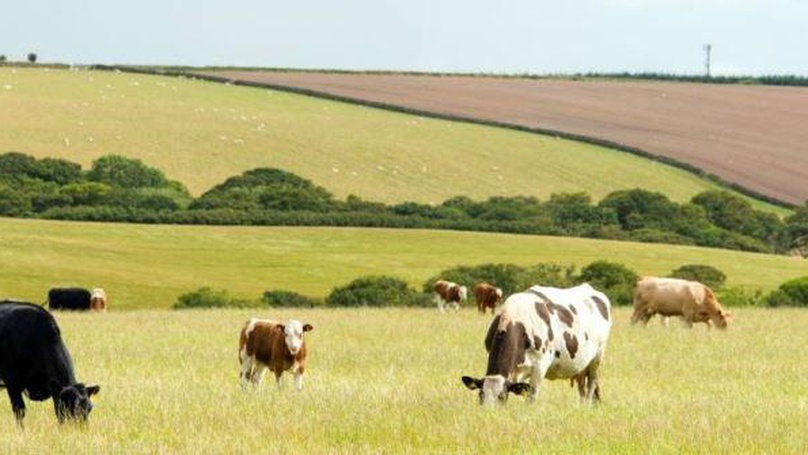 Following on from last week's foray into the rent review process, this week examines the vehicles available for letting land, and what has been branded the Modern Limited Duration Tenancy' (MLDT).

The already litigious Agricultural tenanted sector is currently served by secure tenancies under the 1991 Act, and Short Limited Duration Tenancies (SLDT) and Limited Duration Tenancies (LDT) under the 2003 Act. Despite this patchwork of options, or perhaps as a result of it, the discontent and general mud-slinging between landlords and tenants has continued, acting as a driving force behind the Land Reform Bill's proposal for a new agricultural tenancy.

The Agricultural Holdings Legislation Review Group (AHLRG) set out various aspirations for tenant farming which formed the basis for the changes proposed in the Bill. One of these was to make a range of flexible tenancy options available to suit diverse business needs and evolving economic circumstances,' while another was to ensure that people, and especially new entrants to the industry would be able to move through and out of the tenanted sector as their business developed.' (Policy Memorandum, p49) The AHLRG pin-pointed an on-going need for modern letting vehicles suitable for the 21st century which were of a sufficient term to encourage tenant farmers to invest in holdings and develop businesses, to try and reduce conflict and increase willingness to let land, while at the same time being short enough in duration not to deter landlords from letting land.

The above aspirations could be dismissed as an unrealistic utopia but the reality is that - with agricultural tenancies on the decline and resolving issues becoming ever more of a litigious quagmire - doing nothing was not an option. However, while for many, the MLDT is simply regurgitated legislation masquerading under a (slightly) different name, it has to be acknowledged that an attempt is being made to improve the existing situation. The issue will be whether the changes proposed are enough, and whether further legislation is the right route to take with the cry for freedom of contract always a resonant drum beat in the background.

For the purpose of lucid discussion, it is helpful to outline the salient terms which will characterise the MLDT which is hoped will form a superior lettings vehicle to the LDT:

Creation and definition of an MLDT

Going forward, a new agricultural tenancy entered into for not less than ten years (other than a 1991 Act tenancy) and any lease which is for a term of more than five years but less than ten years will be an MLDT. Landlords and Tenants will be able to agree to convert SLDTs to MLDTs and, where a tenant remains in occupation on the expiry of an LDT, it will convert to a MLDT for ten years instead of continuing as a LDT.

The bill also introduces the power for Scottish Ministers to make regulations providing for conversion of 1991 Act tenancies to MLDTs which tenants will then be able to assign on the open market for value, however the contentious issues of assignation and succession merit their own separate article and as such will be examined in a future blog post.

Termination of an MLDT

An MLDT may be terminated by agreement between Landlord and Tenant if the agreement is entered into at the commencement of the tenancy and makes provision for compensation to be payable to either party.

The tenant may terminate the tenancy by giving notice to the Landlord in writing not less than one year nor more than two years before the expiry of the term.

The option to use a break clause at five years will only be available in the case of new entrants (a term still to be defined by Scottish Ministers in this instance) whereby the tenant may terminate the tenancy after five years. Landlords can terminate a new entrant's MLDT at five years if they can give good reason for doing so i.e. only if the tenant is not using the land in accordance with the rules of good husbandry or is otherwise failing to comply with any other provisions within the lease.

Continuation and extension of MLDT

At and after the expiry term of an MLDT the tenancy continues to have effect for a further ten years unless it is terminated at the initial expiry date.

The landlord must provide appropriate fixed equipment to enable the Tenant to work the farm for its agreed use effectively. Any agreement between the landlord and tenant which puts the burden of expense for work which is the responsibility of the landlord onto the tenant will be ignored.

The above proposals, as with all legislation, will suit some and rile others, but do appear to be too heavily weighted in favour of the tenant for them not to be accused of slanting towards a social ideology, rather than focussing on improved commercial business relationships. For example, as regards termination of a MLDT, the landlord will be required to serve a double notice to terminate while the tenants procedure for serving notice remains unaltered. Disappointingly this ignores an opportunity for simplification as recommended by the AHLRG, and the different requirement for Landlord and Tenant might be taken by some Landlords as a disincentive to let, particularly as the Bill provides that MLDTs will continue on cycles of ten years where not properly terminated on notice. The five year break clause for new entrants again appears fair enough at first glance, but a scratch to the surface reveals that only the new entrant is truly able to break the MLDT at year five, while the landlord's ability to do so is so heavily qualified as to be of very limited value. Further to this, although the provisions for fixed equipment appear to be commercially sound, they may not be practical in all circumstances, and may also result in a disincentive for landlords to let if some of the burden of cost cannot be shared. This is an example perhaps where statute is too overbearing, and stands in the way of progress and relationships rather than helping matters.

A cursory look over the proposed terms of the MLDT will leave many wondering if they are looking at anything new at all. Indeed the MLDT is not radically different from the LDT, and does not remove the need for the SLDT. The initial recommendation of the AHLRG was to replace both the SLDT and LDT with the MLDT, leaving no agricultural letting vehicle for a term of between 1-10 years. However, although it was identified that the current SLDT lease term of five years and under was not long enough to support long term business planning and investment, it was also importantly recognised that there is a significant part of the farming sector which relies on short term lets. Significant support has been shown for retaining SLDTs until a sufficiently effective alternative letting vehicle can be developed to cover the wide range of produce which takes over a year to cultivate and, as such, it was not considered strategic to Scottish agriculture or tenant farming to remove the SLDT as an agricultural letting option.

So the crux of the MLDT and the reason for its provision is to fill a chasm from which malcontent in this sector seems to emanate. But for change to make an impact where it is most needed it is surely imperative to identify the fly in the ointment before a solution can be reached? Is it too simplistic to suggest that the key to a lot of the problems within the sector could be 'security,' too much of it, or a lack thereof? And while it is both commendable and proactive to explore solutions for this, could it be suggested that the only real answer would be to strip out the legislation and allow freedom of contract so that both parties can negotiate on an equal footing.

As with many aspects of this Bill, and the Agricultural Holdings Legislation section in particular, there are still many grey areas, too many for the proposals to be creditable without further definition and consideration. While the promise of the MLDT is to provide freedom to agree the type, duration and purpose of the holding, the package outlined within the Bill does not really herald a revival of the tenanted sector in Scotland, but rather a different and no less problematic regime for managing the decline of secure tenancies. It is a depressing, but perhaps inevitable, reality that these proposals slightly miss their mark and further reform and probably subsequent legislation will be required in the future.